What does Geta mean?

[ syll. ge-ta, get-a ] The baby girl name Geta is pronounced as GEHTAH †. The origin of Geta is the Sanskrit language. Geta is a derivative of the Czech, German, Indian, Polish, Slavic, and Yiddish name Gita.

Geta is not regularly used as a baby girl name. It is not ranked within the top 1000. 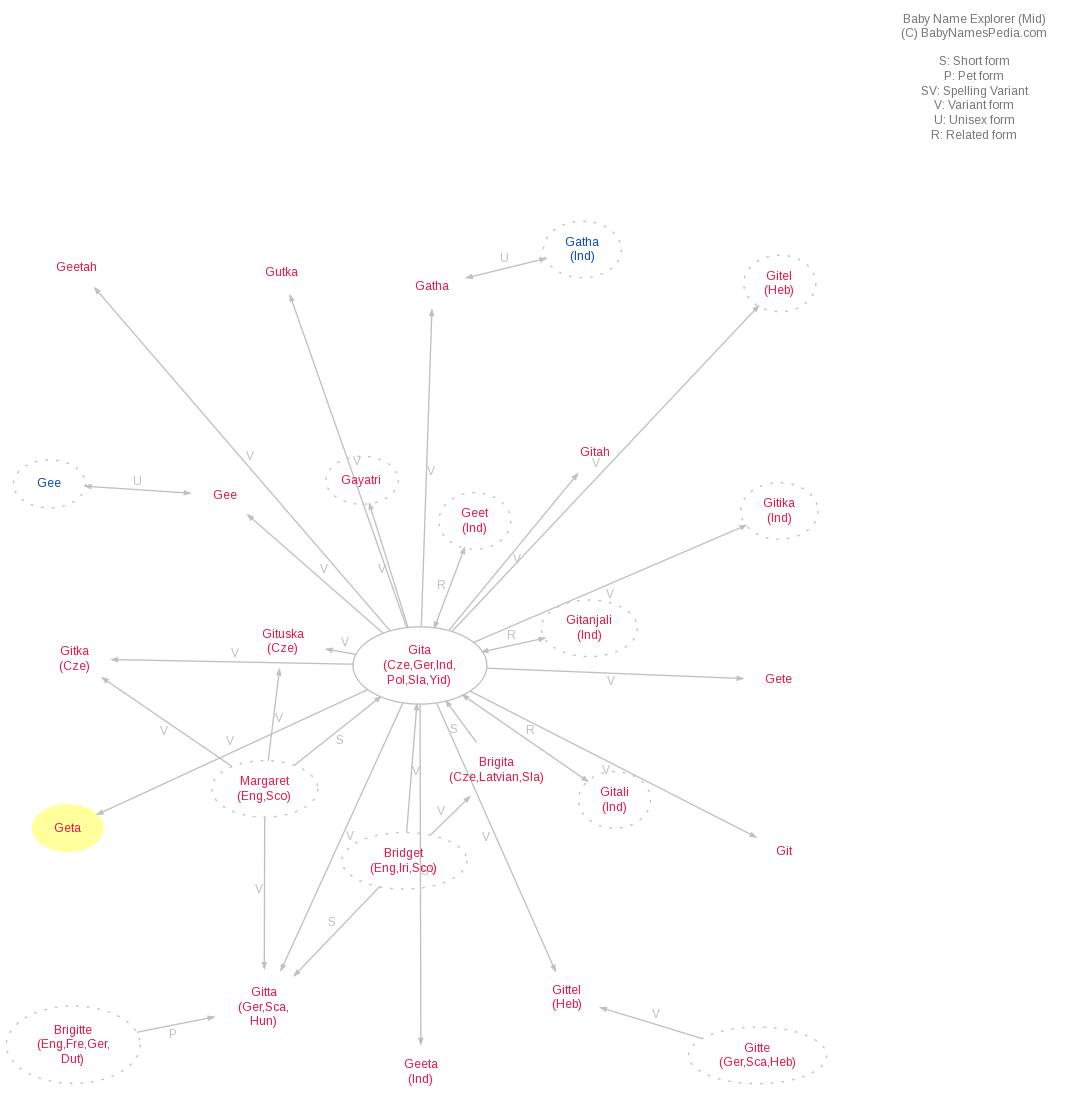