What does Ghadah mean?

[ syll. (g)ha-dah, gh-ad-ah ] The baby girl name Ghadah is pronounced as G-AADAH- †. Ghadah's origin is Arabic. Ghadah is a variation of the name Ghada (Arabic).

Ghadah is infrequently used as a baby name for girls. It is listed outside of the top 1000 names. 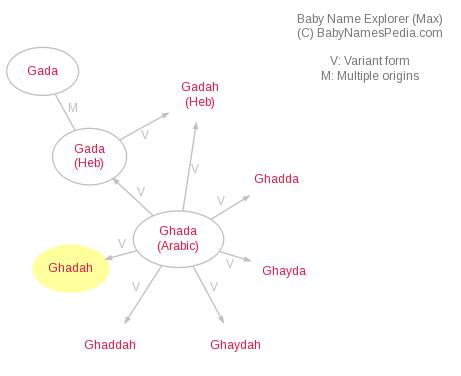