What does Gianna mean?

[ 2 syll. gian-na, gi-a-nna ] The baby girl name Gianna is pronounced as JHAE-NNaa- †. Gianna's language of origin is Hebrew, and it is used mainly in the English and Italian languages.

Gianna is a short form of the English and Italian Giovanna.

Gianna is also a variant form of the English Jane in the Italian language.

Variant forms share the origin and meaning of the name Gianna.

Gianna is popular as a baby name for girls. The name has been growing in popularity since the 1980s; prior to that, it was of only infrequent use. Its usage peaked modestly in 2011 with 0.210% of baby girls being given the name Gianna. Its ranking then was #63. In 2018, it ranked at #80 with a usage of 0.186%, and it was the most popular among all girl names in its group. Gianna was thrice as popular as the 2nd ranked name, Jane, in 2018. 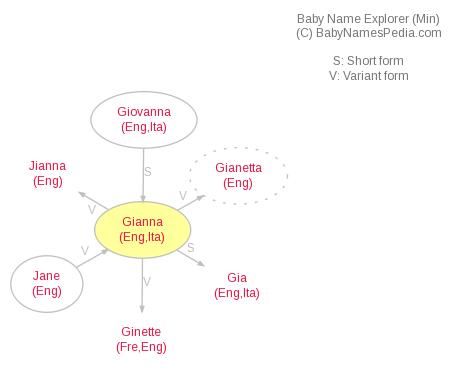