What does Gideon mean?

[ 3 syll. gi-deo(n), gid-e-on ] The baby boy name Gideon is pronounced in English as GIHD-iy-ahN †. Gideon is largely used in English, French, German, Hebrew, and Slavic. It is derived from Hebrew origins. A biblical name, it is derived from the word 'gidon' with the meaning hewer, one who cuts down, great warrior. Gidon (Hebrew) is an original form of the name. The name was borne in the Bible by an Israelite judge who delivered his people from the Midianites. The name was consequently popular with the English Puritans in the 17th century. The name is currently more popular in the USA than in other English speaking countries, and it is also commonly used in modern Hebrew.

Gideon is a rather popular baby boy name, and it is also perceived as trendy. The name's popularity has been growing since the 1990s. Its usage peaked modestly in 2017 with 0.058% of baby boys being named Gideon. It was #304 in rank then. In 2018, its usage was 0.057% and its ranking #308, and it was the most regularly used among all boy names in its family. 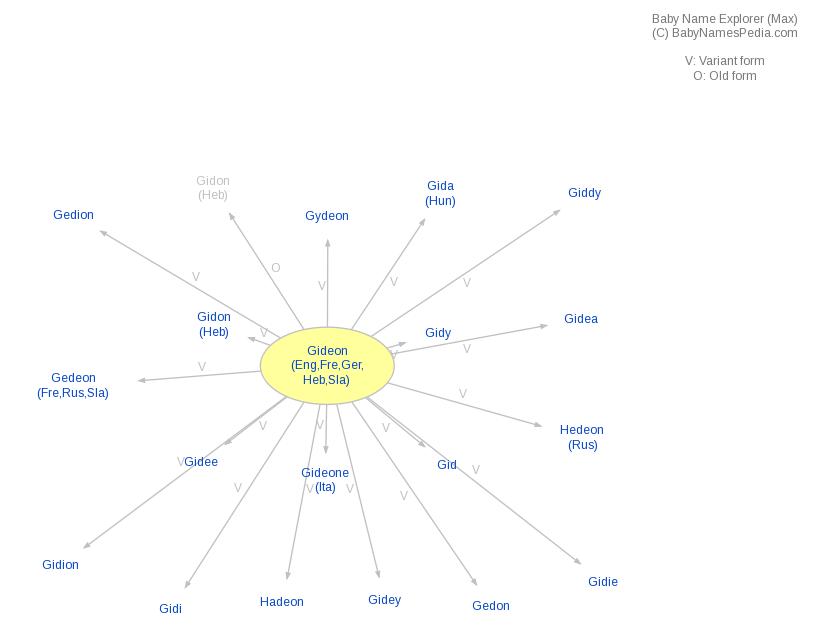