What does Gildo mean?

[ syll. gil-do, gi-ldo ] The baby boy name Gildo is pronounced as GIHLDow †. Gildo is largely used in the German, Italian, and Spanish languages, and it is derived from Germanic and Gothic origins. Germanic origin, German and Italian use: It is derived from the element 'gild' meaning sacrifice, tribute. From the short form of other given names, but now used as an independent name in its own right.

In addition, Gildo is an Italian and Spanish diminutive form of the name Hermenegildo (Portuguese and Spanish).

The name Gilda (English, German, Italian, French, and Spanish) is the female equivalent of Gildo.

Gildo is an infrequently used baby name for boys. It is not listed in the top 1000 names. 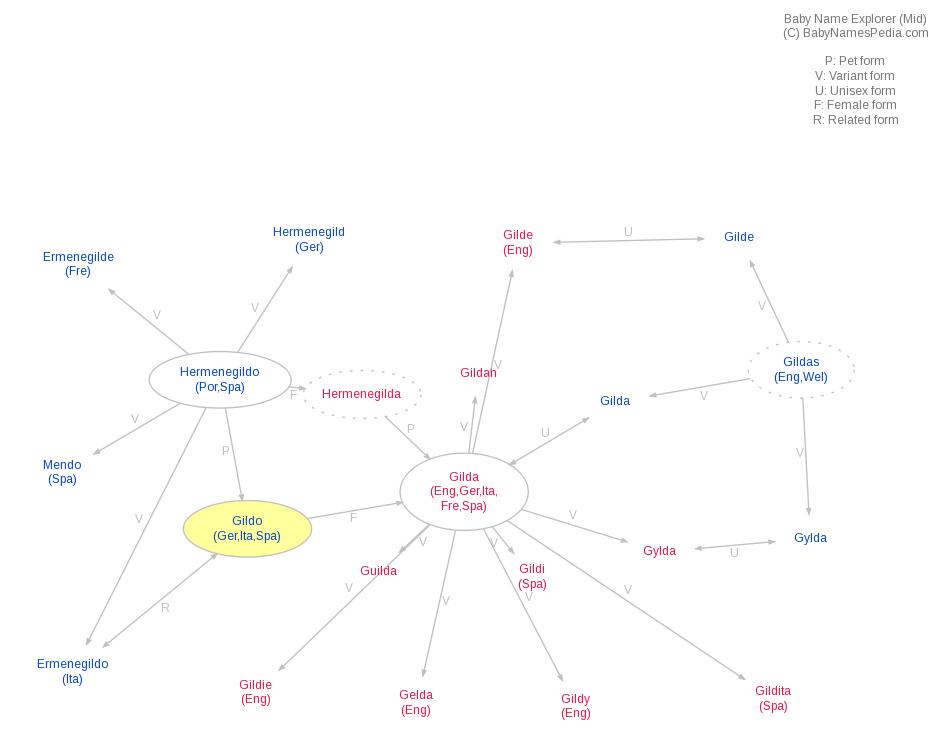