What does Gillian mean?

[ 3 syll. gil-lian, gi-lli-an ] The baby girl name Gillian is also used as a boy name, though the use for girls is far more popular. It is pronounced JHIHL-iy-ahN †.

Gillian's language of origin is Latin and it is predominantly used in English. The name could have developed as a feminine form of Julian, or else it could have been an elaboration of Jill. It has been in use since the 13th century, and it was popular during the medieval period. It fell out of use after the 17th century, and subsequently gained acceptance as a name distinct from Julian.

Gillian's language of origin is Scottish Gaelic. Here, the meaning is 'servant of Saint John'.

Gillian is a form of the English Jillian.

Gillian is also a form of Juliana in the English language.

Gillian is uncommon as a baby girl name. At the modest height of its usage in 1999, 0.052% of baby girls were named Gillian. It was #303 in rank then. The baby name has markedly slipped in popularity since then, and is of only irregular use now. Within the family of girl names directly related to Gillian, Juliana was the most popular in 2018. 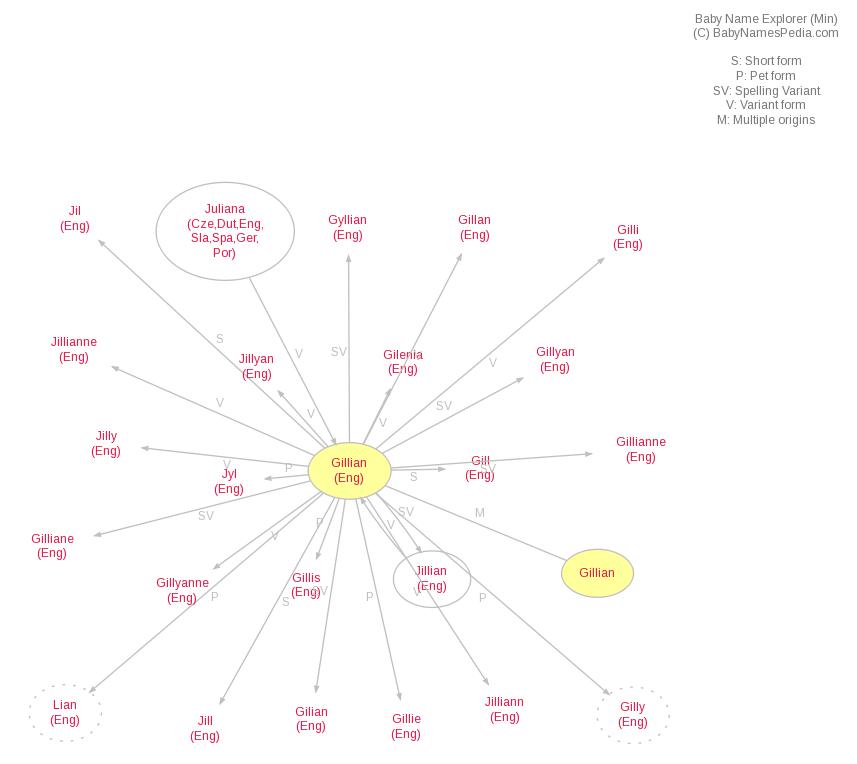