What does Gino mean?

[ 2 syll. gi-no, gin-o ] The baby boy name Gino is pronounced as JHIY-Now †. Gino is largely used in Italian, and it is derived from Old Greek and Italian origins. The name evolved a diminutive of Italian names with the endings '-gi', '-gio', or '-gino'.

In addition, Gino is a pet form of the name Eugene (English and French).

The names Ghino and Gyno are variant transcriptions of Gino.

Variant forms inherit the origin and meaning of Gino.

Gino is rare as a baby name for boys. At the modest peak of its usage in 1992, 0.013% of baby boys were named Gino. Its ranking then was #637. The baby name has since suffered a substantial loss in popularity, and is now of sporadic use. In 2018, out of the group of boy names directly related to Gino, Eugene was the most frequently used. 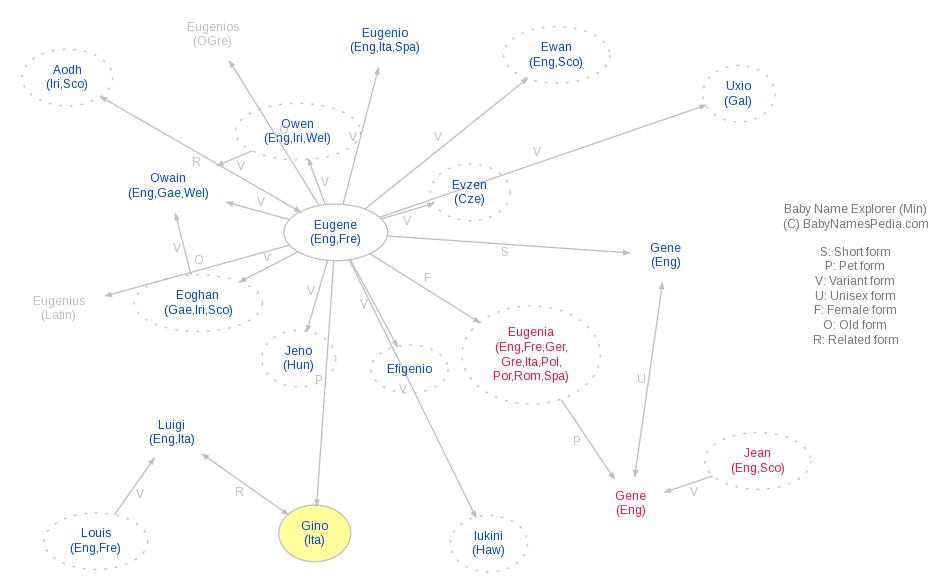