What does Giselle mean?

[ 2 syll. gi-sel-le, gis-e-lle ] The baby girl name Giselle is pronounced JHih-ZEHL in English or ZHiy-ZEHL in French †. Giselle has its origins in the Germanic language, and it is used largely in English and French. The name is associated with the medieval custom where rival noblemen would send their children to be raised at each other's court, as a pledge to ensure peace and friendship between them; the child would then be known as a gisil (meaning 'pledge, hostage').

Giselle is popular as a baby name for girls. The name grew in popularity from the 1980s up to the 2000s; prior to that, it was of only infrequent use. At the modest height of its usage in 2007, 0.123% of baby girls were named Giselle. It ranked at #134 then. The baby name has since experienced a decline in popularity. In 2018, it ranked at #300 with a usage of 0.060%, but it was nevertheless the most widely used within all girl names in its group. 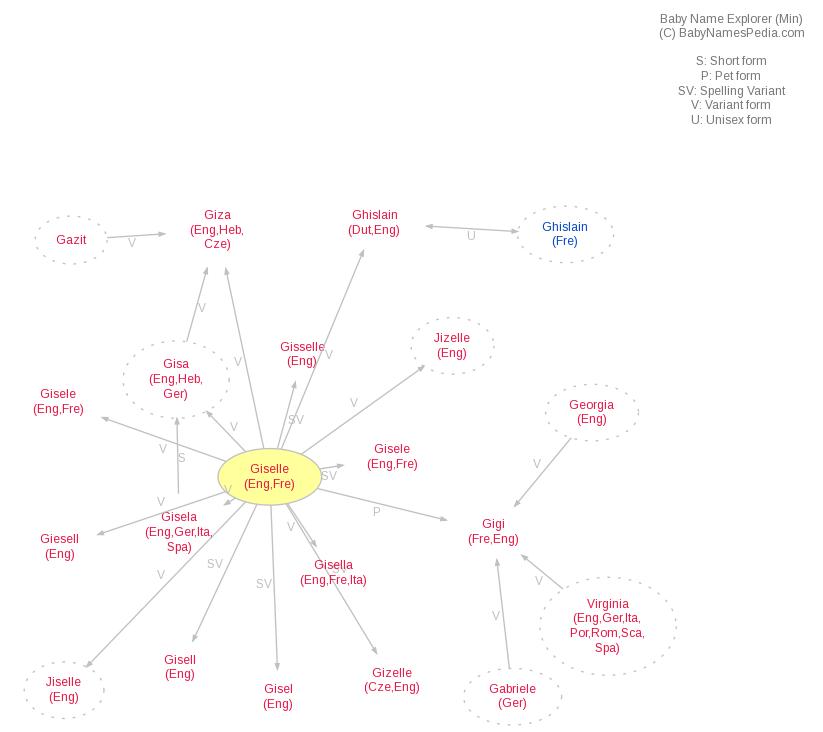