What does Gitte mean?

[ syll. git-te, gi-tte ] The baby girl name Gitte is of Old Norse and Yiddish origin. It is used mainly in German, Scandinavian, and Hebrew. The first name is derived from a nickname meaning 'good'.

Gitte is also a shortening of the English, French, German, and Dutch Brigitte in the Scandinavian language.

A variant form of the name is the Hebrew Gittel.

Gitte is not often used as a baby girl name. It is not in the top 1000 names. 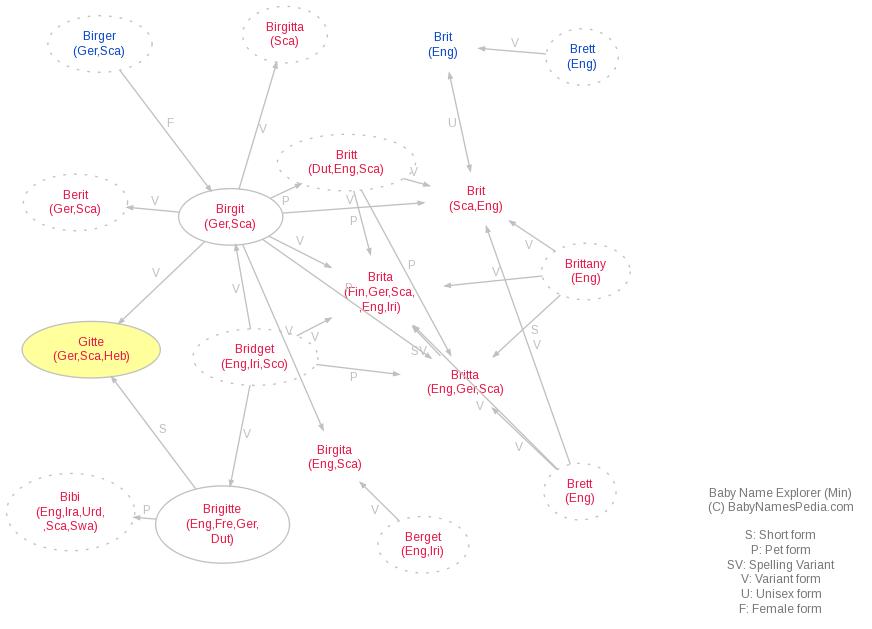