What does Glenna mean?

[ 2 syll. glen-na, gl-e-nna ] The baby girl name Glenna is pronounced GLEHNNaa- †. Glenna's language of origin is Celtic and it is predominantly used in English. The meaning of Glenna is 'from the valley'. It is derived from the word gleann with the meaning 'valley'. Glenna is the feminine version of the English, Irish, and Scottish Glenn.

Glenna is a rare baby girl name. At the modest peak of its usage in 1931, 0.051% of baby girls were named Glenna. It was #256 in rank then. The baby name has suffered a steep drop in frequency since then, and is currently used only on a very light scale. Out of all girl names in its family, Glenna was nevertheless the most frequently used in 2018. 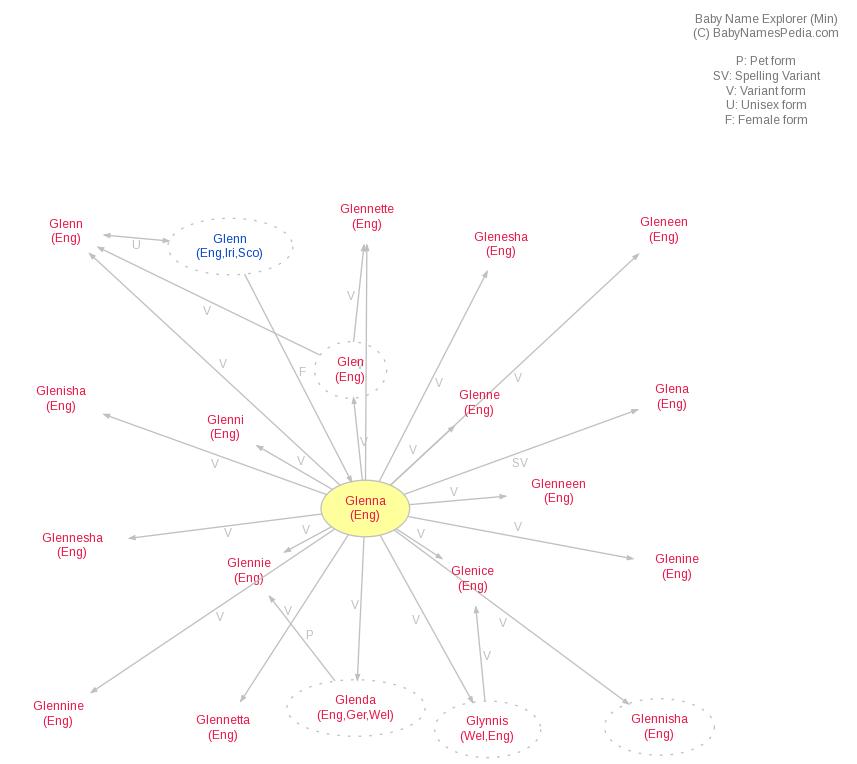