What does Glo mean?

[ 1 syll. glo, gl-o ] The baby girl name Glo is pronounced as GLOW †. Glo is used predominantly in English and it is derived from Latin origins. Glo is a shortening of the name Gloria (English, German, Italian, Portuguese, and Spanish).

Glo is a seldom used baby name for girls. It is not listed within the top 1000 names. In 2018, within the group of girl names directly related to Glo, Gloria was the most frequently used. 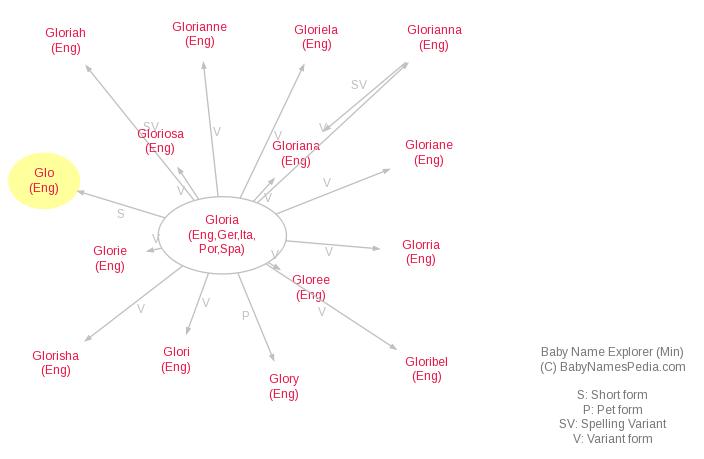