What does Gloria mean?

[ 3 syll. glo-ria, gl-or-ia ] The baby girl name Gloria is pronounced as GLOWR-iy-ah in English †. Gloria is an English, German, Italian, Portuguese, and Spanish name of Latin origin. It is derived literally from the word 'gloria' with the meaning glory. The name was first borne by one of the characters in the George Bernard Shaw play You Never Can Tell (1889), and it was later adopted by English speakers in the early 20th century.

Gloria is a classic favorite. At present it is still rather popular as a baby girl name, but not as much as it was previously. The name grew in popularity from the 1900s up to the 1940s. At the height of its usage in 1945, 0.820% of baby girls were named Gloria. It had a ranking of #23 then. The baby name has markedly dropped in popularity since then. In 2018, its usage was only 0.028% and its ranking #584, but it was nevertheless the most frequently used within all girl names in its family. Gloria has mainly been a baby girl name, though in the last century it has also been used for boys. There were 234 times more baby girls than boys who were named Gloria in 1945. 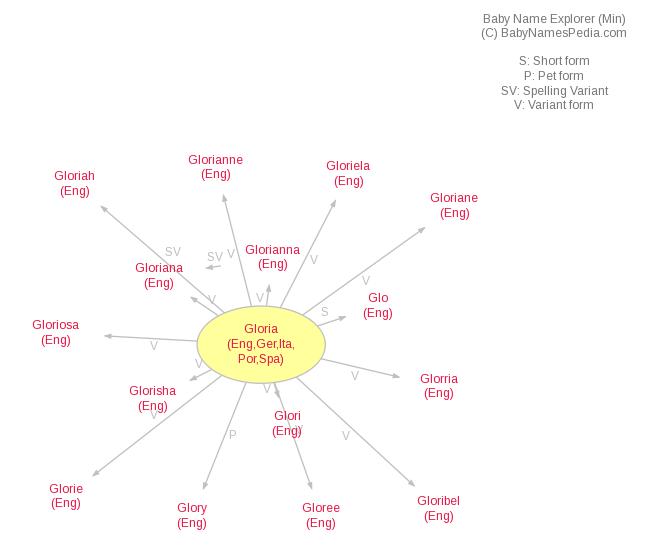