What does Golda mean?

[ 2 syll. gol-da, go-lda ] The baby girl name Golda is pronounced as GOWLD-ah †. Golda has its origins in the Hebrew language. It is used largely in the English and Hebrew languages. The first name is derived from a Yiddish nickname of the meaning gold. It was borne by the Israeli prime minister Golda Meir (1898-1978).

Golda is unusual as a baby girl name. Its usage peaked modestly in 1901 with 0.034% of baby girls being given the name Golda. It had a ranking of #326 then. The baby name has substantially declined in popularity since then, and is of only sporadic use now. Among all girl names in its family, Golda was nonetheless the most frequently used in 2018. 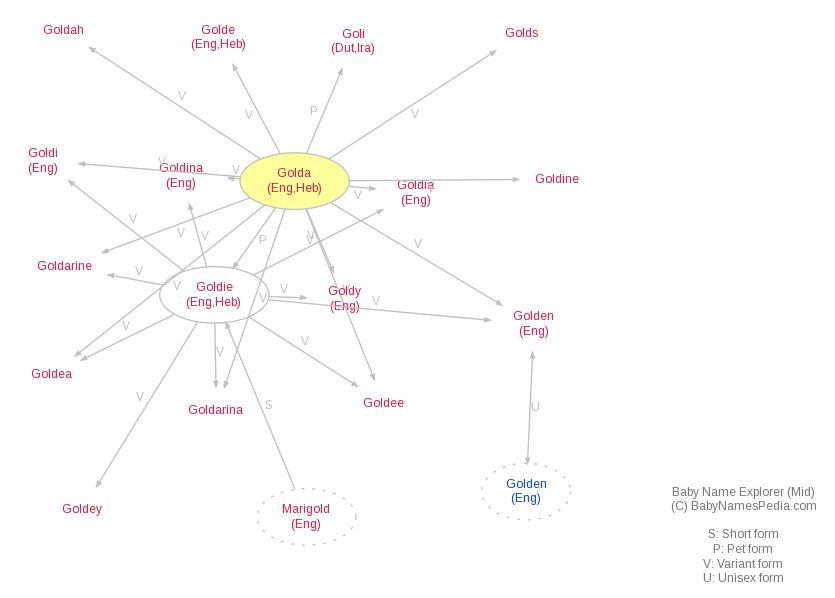