What does Goldie mean?

[ 2 syll. gol-die, go-ld-ie ] The baby girl name Goldie is pronounced as GOWLD-iy- †. Goldie is used mostly in the English and Hebrew languages, and it is of Hebrew and English origin. From English roots, its meaning is golden-haired, fair-haired - in this context, Goldie can be used in the English language. The first name evolved as a nickname for someone with fair or golden hair.

In addition, Goldie is a diminutive form of the English and Hebrew name Golda.

Goldie is also a contraction of the English name Marigold.

Goldie is uncommon as a baby name for girls. At the modest height of its usage in 1905, 0.177% of baby girls were given the name Goldie. It ranked at #114 then. The baby name has since substantially declined in popularity, and is currently used on an infrequent scale. Within all girl names in its group, Goldie was nonetheless the most popular in 2018. The name Goldie has mostly been a girl name, though it has also been given to boys in the past century. In 1908, the name Goldie was given to 21 times more girls than boys. 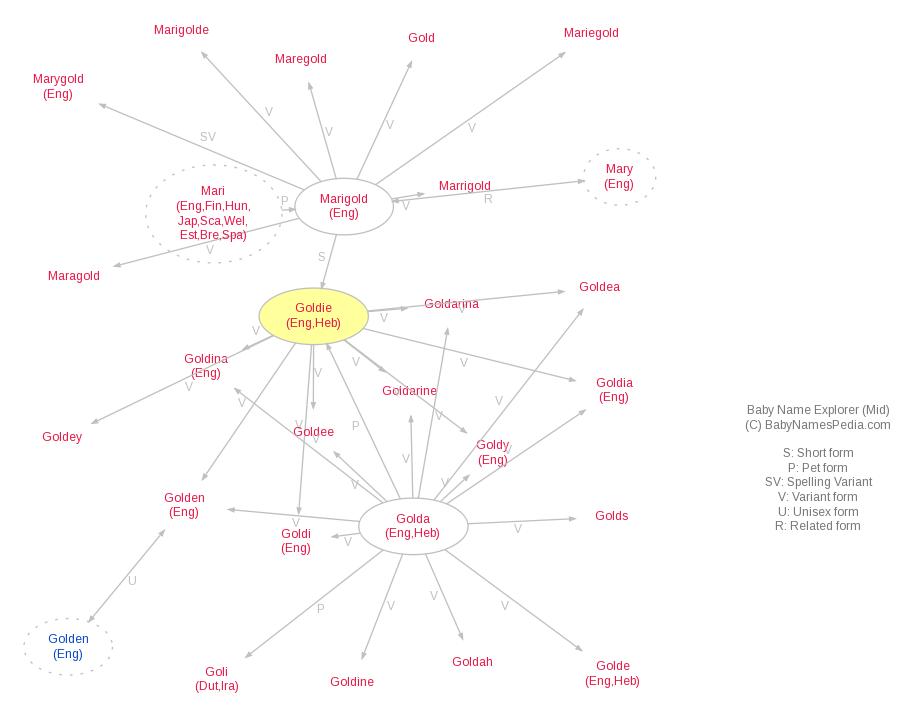