What does Gonzalo mean?

[ 3 syll. gon-za-lo, go-nz-alo ] The baby boy name Gonzalo is pronounced as GowN-THAA-Low (Spanish) or GowN-SAA-Low (Spanish-Latin American) †. Gonzalo is used mostly in English and Spanish. Its language of origin is Germanic. An old form of the name is Gundisalvus (Latinized). The name is of a Germanic or Visigothic origin, derived from the elements 'gund' and 'salv', which is probably from the Latin 'salvus' (meaning whole, safe).

Gonzalo is rare as a baby boy name. At the modest peak of its usage in 2000, 0.012% of baby boys were named Gonzalo. It had a ranking of #695 then. The baby name has fallen out of favor since then, and is currently used on a very light scale. Out of all boy names in its family, Gonzalo was nevertheless the most widely used in 2018. 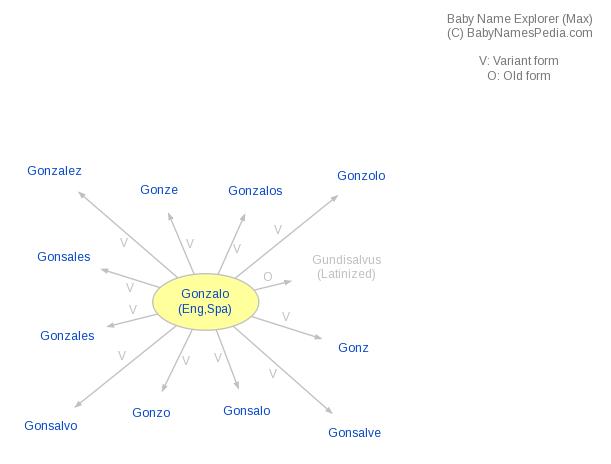