What does Goodwin mean?

[ 2 syll. goo-dwi(n), go-odw-in ] The baby boy name Goodwin is pronounced as GUH-DWihN †. Goodwin is primarily used in English and it is of Old English origin. The first name is derived from the surname, which is itself from the given name Godwine.

In addition, Goodwin is a form of the English name Godwin.

Variant forms inherit both the origin and meaning of the name Goodwin.

Goodwin is not widely used as a baby name for boys. It is not in the top 1000 names. 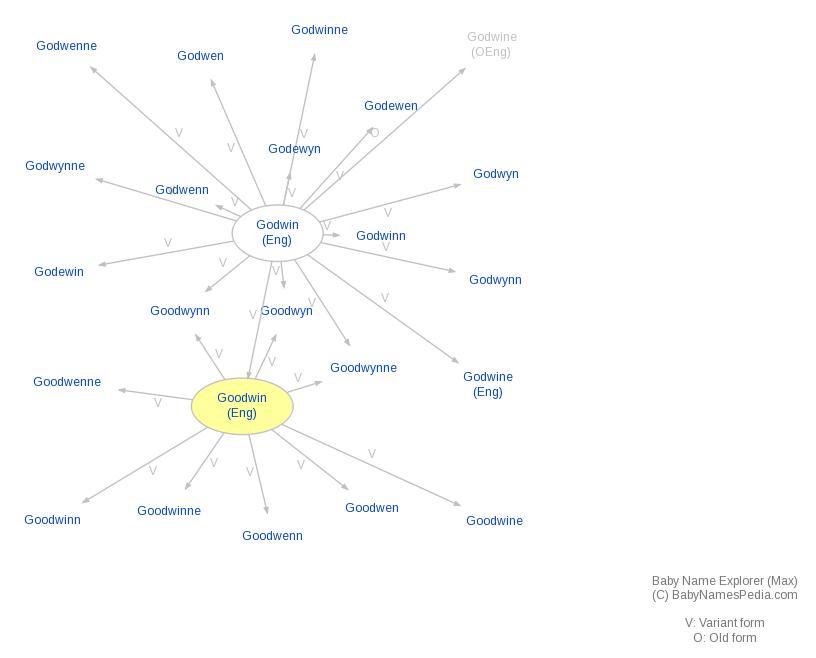