What does Gracelyn mean?

[ 1 syll. gra-ce-lyn, gr-acel-yn ] The baby girl name Gracelyn is pronounced GR-ZLihN †. Gracelyn's language of origin is Latin and English, and it is predominantly used in the English language. The name is derived from the combination of Grace with the suffix '-lyn' or the name Lynn.

Gracelyn is a pet form of Grace (English and French) in the English language.

Variant forms share the origin and meaning of Gracelyn.

Gracie (English pet form) is another variant of Gracelyn.

Gracelyn is a fairly popular baby name for girls, and it is also viewed as trendy. The name's popularity has been rising since the 2000s; before that, it was of only irregular use. At the modest peak of its usage in 2018, 0.053% of baby girls were given the name Gracelyn. Its ranking then was #332. Out of all girl names in its group, Gracelyn was the 3rd most popular after Grace and Gracie in 2018. Grace's use outnumbered Gracelyn's by 7 times in that year.

Baby names that sound like Gracelyn include Gracelin, Gracelynn, and Gracelynne. 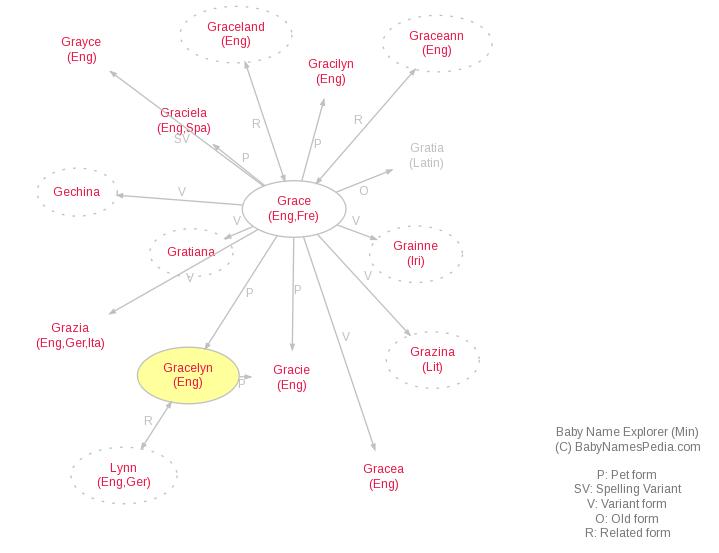