What does Graham mean?

[ 1 syll. gra-ham, gr-ah-am ] The baby boy name Graham is pronounced as GRaeM or GREY-ahM †. Graham is largely used in the English and Scottish languages, and its origin is Old English. The name is of the meaning gravelly place, gray house. It is derived from the elements 'grand' meaning gravel, gray ; 'ham' home, house. The name is from a Scottish family name that is from an English place name in Grantham, Lincolnshire. Various other forms of the place name were found as Grandham and Granham. The surname was borne by the knight Sir William de Graham, who accompanied King David I on his north-bound journey in 1128 to claim the Scottish crown. He took the surname to Scotland and thus he was the founder of the clan Graham.

Graham is popular as a baby name for boys, and it is also viewed as fairly trendy. The name's popularity has been increasing since the 1900s. At the modest height of its usage in 2015, 0.117% of baby boys were given the name Graham. Its ranking then was #176. In 2018, its usage was 0.112% and its ranking #181, and it was the most regularly used within all boy names in its group. 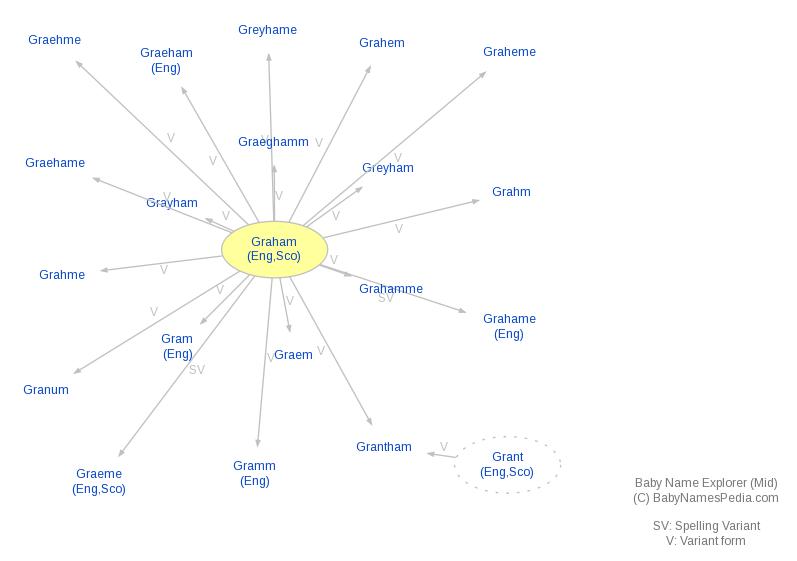