What does Grainne mean?

[ syll. grai-(n)ne, gr-ai-nne ] The baby girl name Grainne is primarily used in Irish, and its language of origin is Latin and Celtic. Celtic origin: The name is of uncertain origin; it could be from the Gaelic 'gran', 'grain', or else 'graidhne'. The name was borne in Irish mythology by the daughter of King Cormac mac Airt. The name Grace is sometimes used as an Anglicized form.

Grainne is an Irish form of the English and French name Grace.

Variant forms inherit both the origin and meaning of the name Grainne.

Grainne is not widely used as a baby name for girls. It is not in the top 1000 names. In 2018, within the group of girl names directly related to Grainne, Grace was the most commonly used. 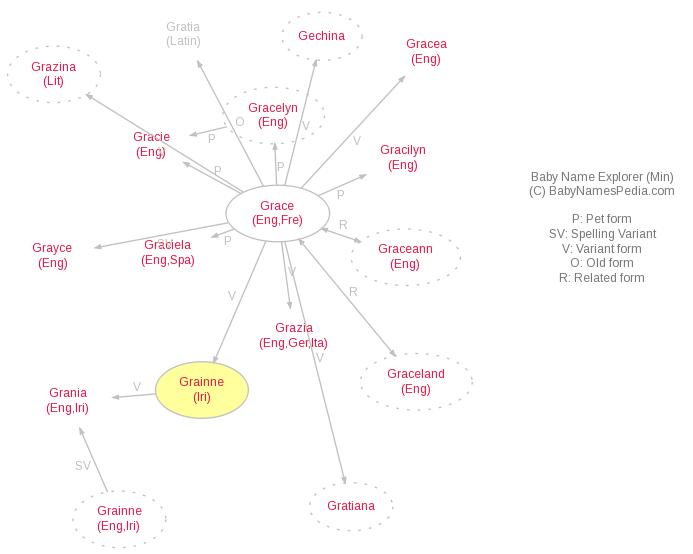