What does Grata mean?

Grata is a variation of Grace (English and French).

Grata is also a variation of Greta (English, German, Polish, Scandinavian, and Austrian).

Grata is not often used as a baby girl name. It is listed outside of the top 1000. In 2018, among the family of girl names directly related to Grata, Grace was the most regularly used. 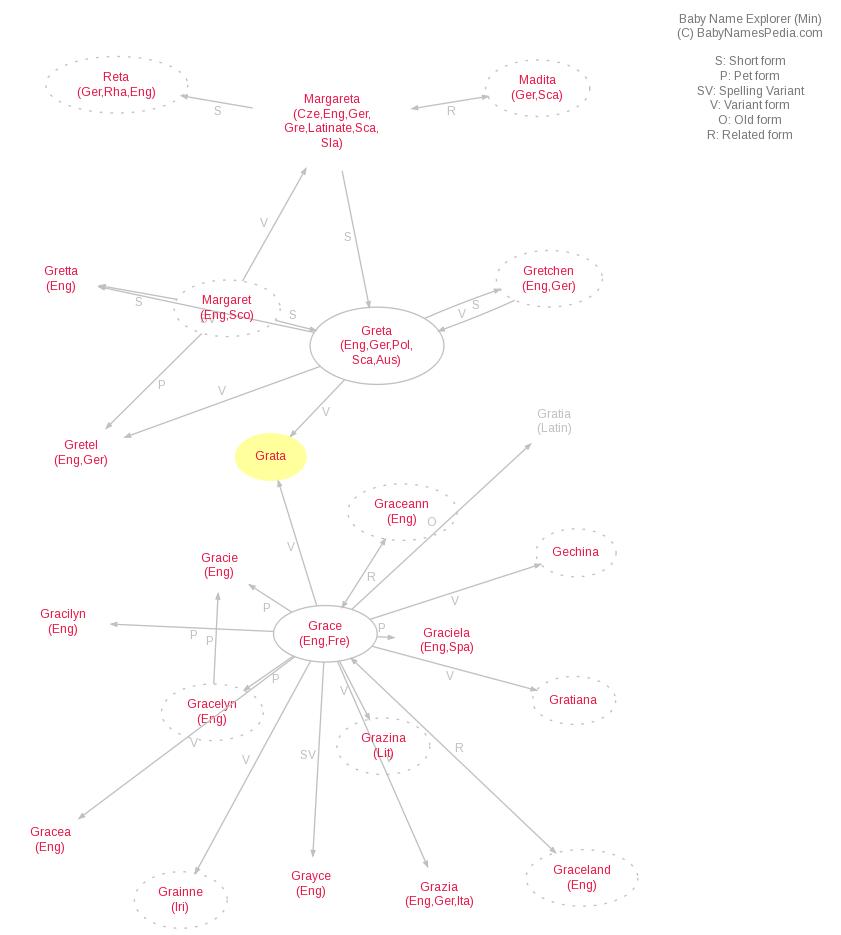