What does Guadalupe mean?

[ 4 syll. gua-da-lu-pe, gu-adal-upe ] The baby girl name Guadalupe is also used, though less frequently, as a boy name. It is pronounced GWah-DaaLUW-Pey- †. Guadalupe's origin is Arabic, and its use, English and Spanish. The name Guadalupe means 'wolf river'. It represents the transferred use of the geographic name as a given name. See Guadalupe for more information.

Guadalupe is an all-time favorite. At present it is still a somewhat popular baby girl name, but not to the degree it was previously. The name grew in popularity from the 1900s up to the 1990s; prior to that, it was of only modest use. At the height of its usage in 1997, 0.074% of baby girls were named Guadalupe. It had a ranking of #209 then. The baby name has seen a drop in frequency since then. In 2018, it ranked at #904 with a usage of 0.016%, but it was nevertheless the most popular within all girl names in its family. Although there were times from 1901 to 1910 that Guadalupe was more popular with boys, today it is used more commonly as a baby girl name. There were 7 times more baby girls than boys who were named Guadalupe in 2006. 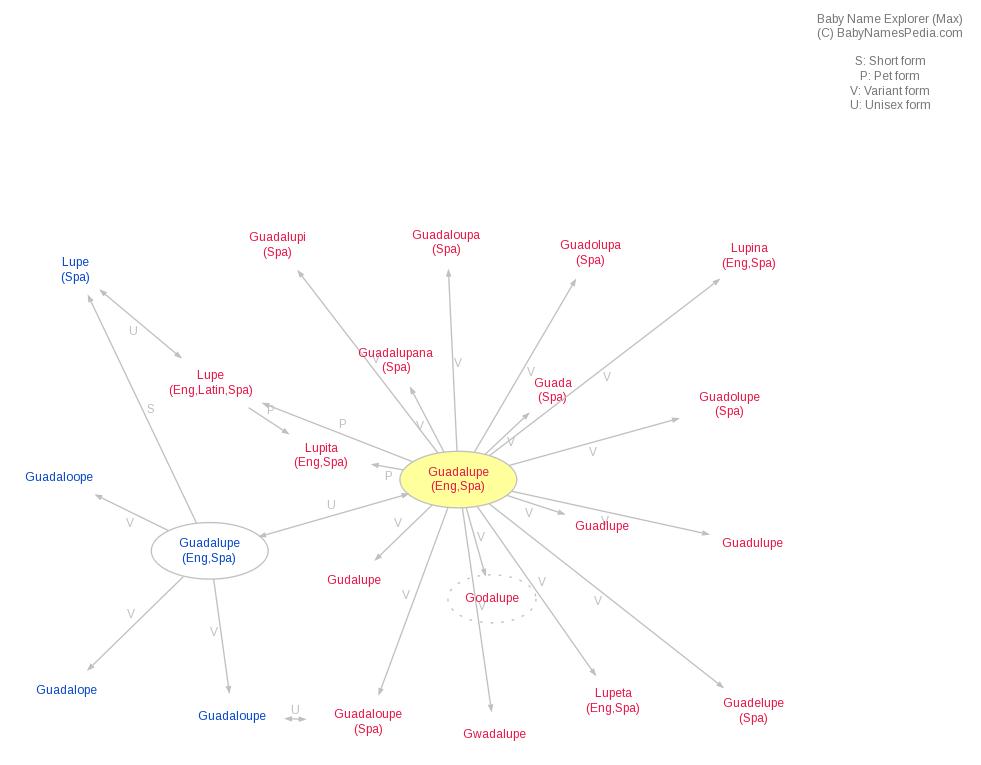