What does Gudrun mean?

[ 2 syll. gu-drun, gud-r-un ] The baby girl name Gudrun is pronounced GAHDRahN †. Gudrun's origin is Germanic, and its use, German and Scandinavian. Gudrun's meaning is 'wily in battle'. It is a two-element name derived from gund meaning 'fight' ; run 'secret'. The name was borne by the heroine and sister of Gunnar in Norse mythology. The name was adopted by English speakers at the end of the 19th century. It was also known from the central characters in the D. H. Lawrence novel The Rainbow (1915).

Gudrun is not popular as a baby name for girls. It is not in the top 1000 names. 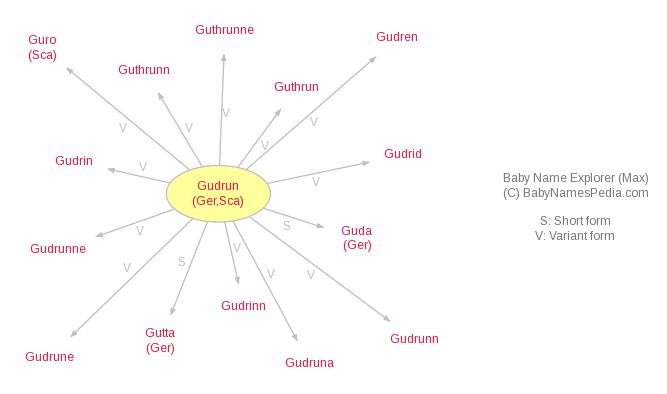