What does Guido mean?

[ 2 syll. gui-do, gu-ido ] The baby boy name Guido is pronounced as GWIY-Dow (Italian) †. Guido is a Dutch, English, German, Italian, and Spanish name of Old French and Germanic origin. Old French origin: The name can be taken to derive from the Old French 'guie' (meaning guide, leader), or it can be of Old German roots. It was borne by two 11th-century saints in Belgium and Italy.

In addition, Guido is a German, Italian, and Spanish form of the English and French name Guy.

Guido is rare as a baby boy name. At the modest peak of its usage in 1914, 0.013% of baby boys were named Guido. It was #528 in rank then. The baby name has fallen out of favor since then, and is now used on an infrequent scale. Out of all boy names in its family, Guido was nevertheless the most popular in 2018. 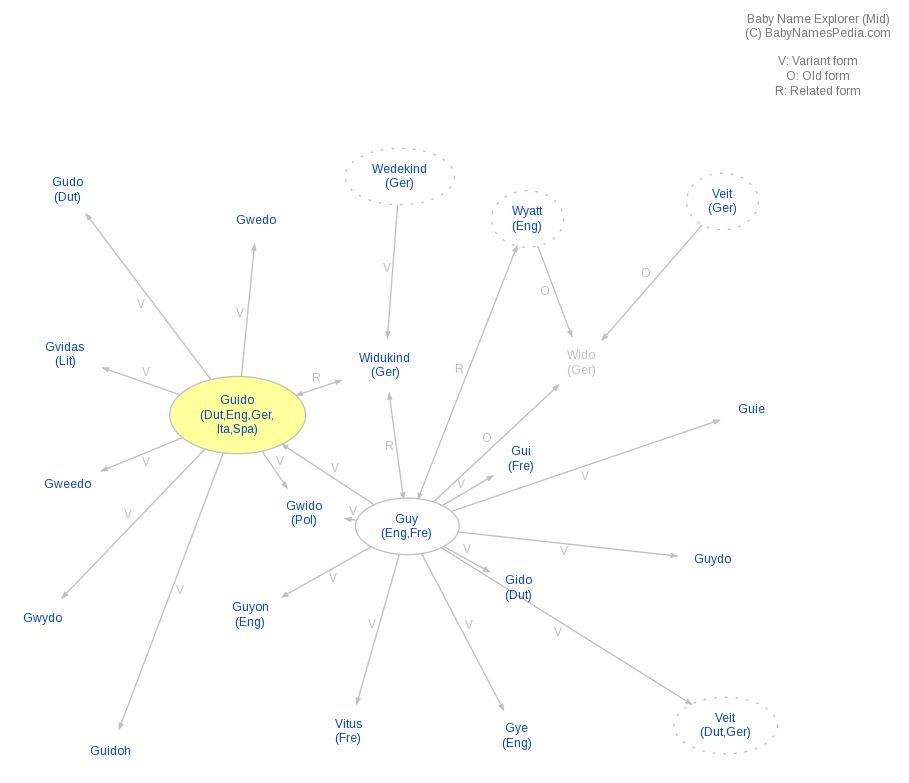