What does Gussie mean?

[ 2 syll. gus-sie, gu-ss-ie ] The baby girl name Gussie is also used as a boy name, though it is far more popular for girls. It is pronounced GAH-SSiy- †. Gussie is of Latin origin and it is used mainly in English.

Gussie is a familiar form of the English, German, and Italian Augusta in the English language.

Gussie is also a familiar form of the German Augustina in the English language.

Gussie is rare as a baby girl name. In 1900, 0.074% of baby girls were named Gussie. It was #203 in rank then. The baby name has suffered a marked drop in popularity since then, and is used only on an infrequent scale today. Out of all girl names in its family, Gussie was nevertheless the most regularly used in 2018. Gussie has in the last century been primarily given to baby girls. In 1911, 10 times more baby girls than boys were given the name Gussie. 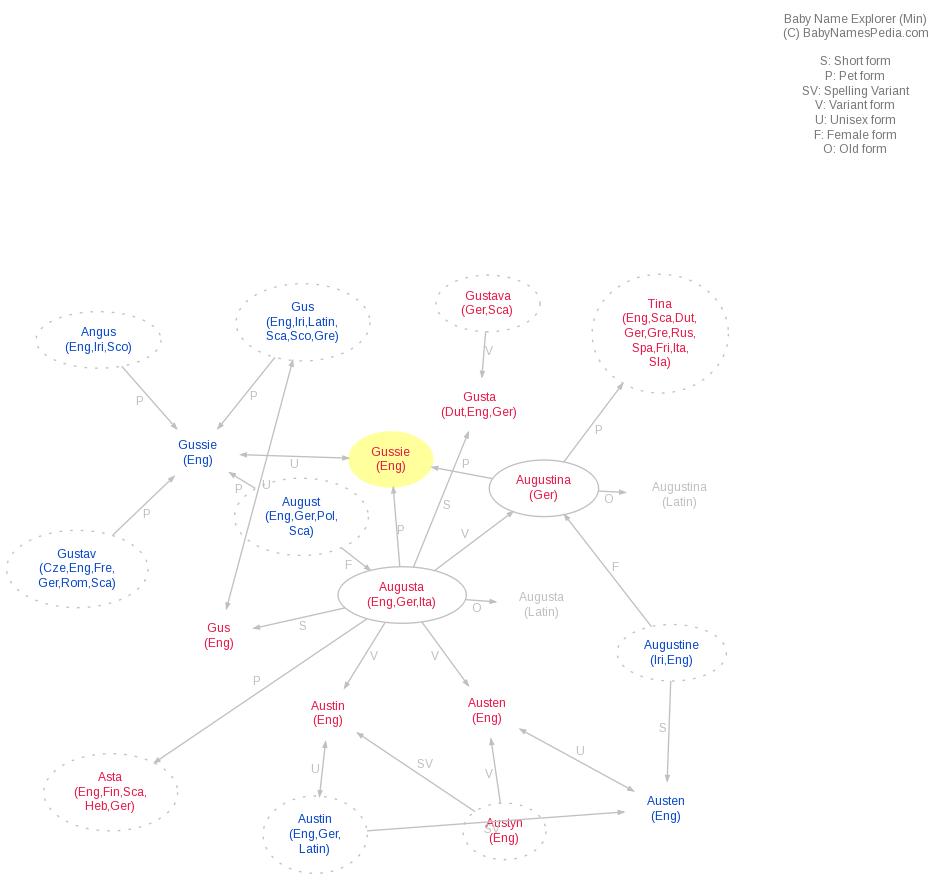