What does Gusta mean?

[ 2 syll. gus-ta, gu-sta ] The baby girl name Gusta is pronounced Guw-STaa- †. Gusta's language of origin is Latin and Old Norse, and it is predominantly used in Dutch, English, and German.

Gusta is a shortening of Augusta (English, German, and Italian) in the Dutch, English, and German languages.

Gusta is also a variant of Gustava (German and Scandinavian).

Gusta is a rare baby name for girls. At the modest peak of its usage in 1905, 0.005% of baby girls were named Gusta. Its ranking then was #984. The baby name has since experienced a decline in popularity, and is of irregular use today. Out of all girl names in its group, Gusta was nevertheless the most frequently used in 2018. 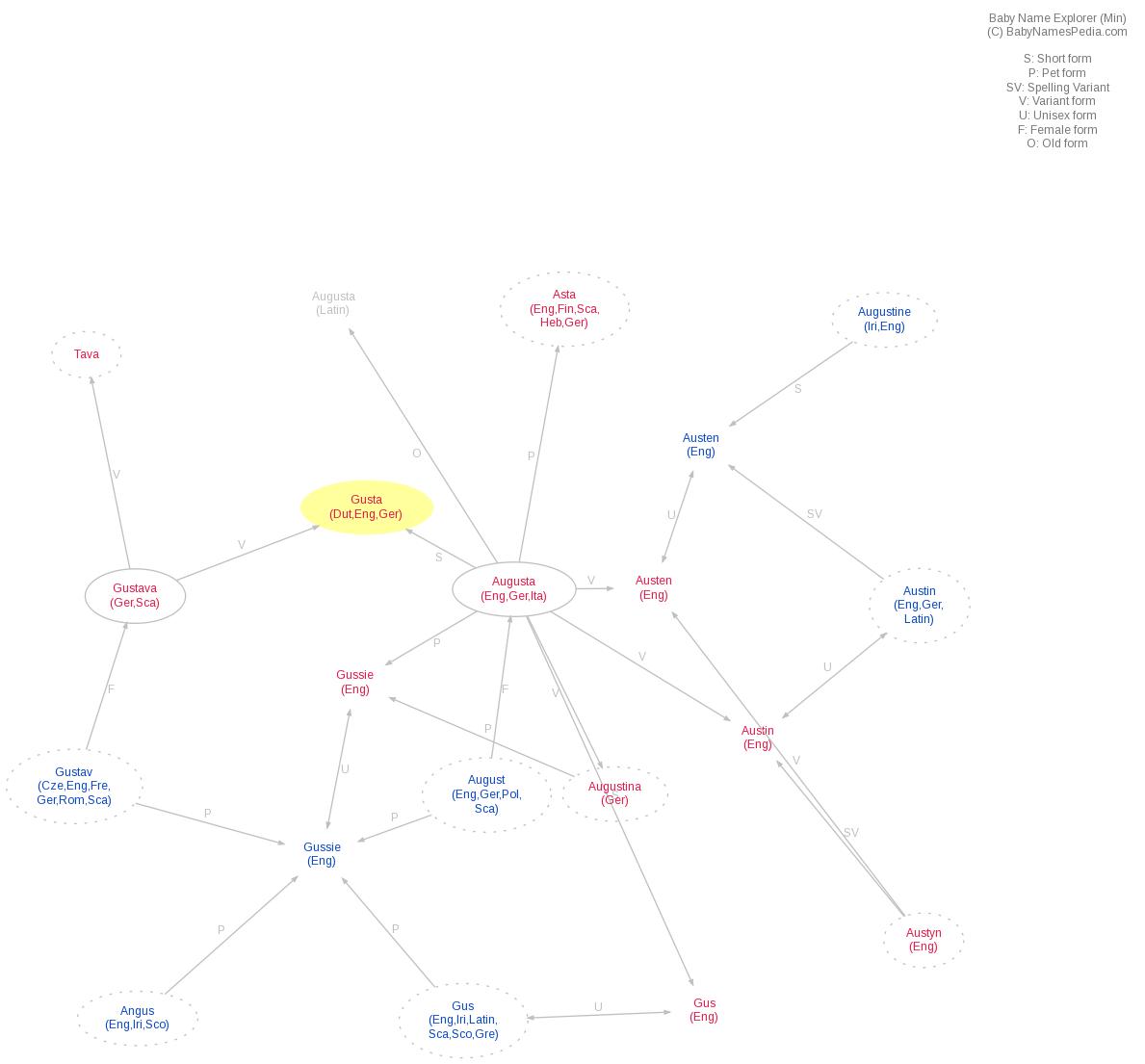