What does Gwyn mean?

[ 1 syll. gwy(n), gw-yn ] The baby boy name Gwyn is also used as a girl name, with the latter form being much more common. It is pronounced as GWihN †. Gwyn is an English and Welsh name of Welsh origin. The first name was originally a nickname from the element 'gwyn' (meaning white, fair, blessed, holy), the masculine form of 'gwen'; it has been used as a given name since the early medieval period. It is Anglicized as Wyn. The name Gwen (English and Welsh) and the name Wynne (English and Welsh) are the female forms of Gwyn.

Gwinn (English variant spelling) is another form of Gwyn.

Gwyn is infrequently used as a baby name for boys. It is not listed in the top 1000 names. Gwyn has in the past century been mostly given to girls. 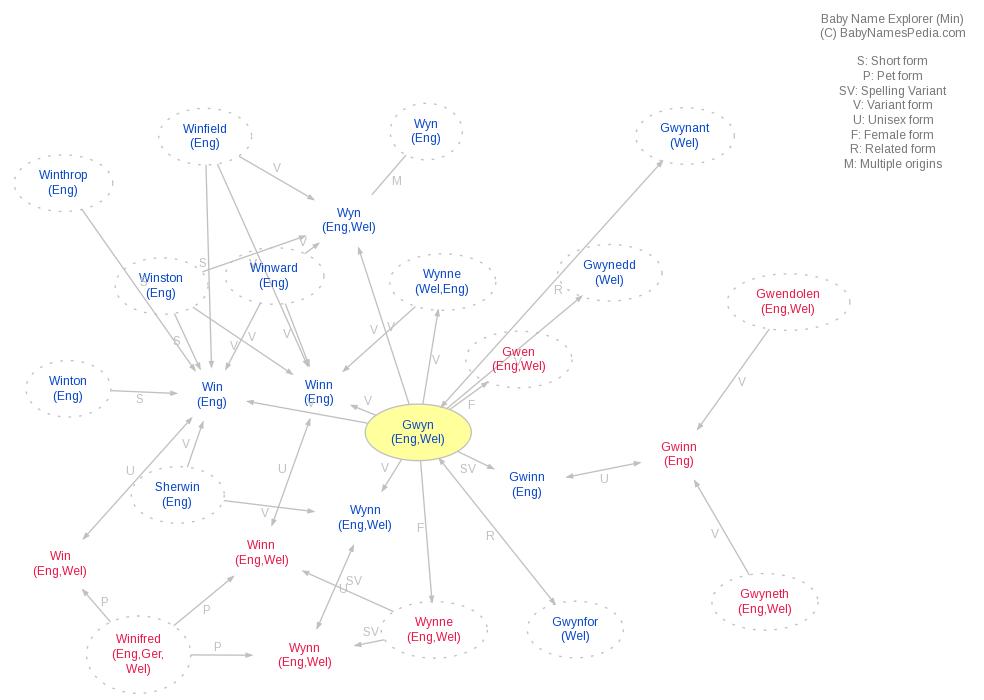