What does Gwynfor mean?

[ 2 syll. gwy-(n)for, gw-ynf-or ] The baby boy name Gwynfor is pronounced GWIHNV-er †. Gwynfor is of Welsh origin and it is also used mainly in Welsh. It is derived from gwyn meaning 'white, fair, blessed, holy' ; mawr 'large'. The name is Anglicized as Wynford.

Variation transcriptions of Gwynfor include Wynfor (Welsh) and Wynford (Welsh).

Gwynfor is not widely used as a baby name for boys. It is not listed within the top 1000 names.

A baby name that sounds like Gwynfor is Gambhira (Indian). 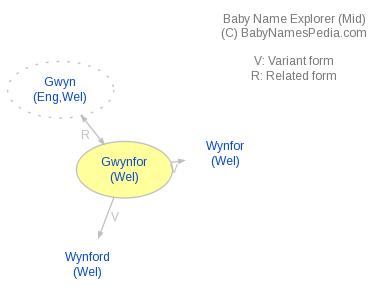