What does Gypsy mean?

[ 2 syll. gyp-sy, gy-psy ] The baby girl name Gypsy is also used as a boy name. It is pronounced as JHIHPSiy- †. Gypsy has its origins in the Old English language and it is used largely in English. The name Gypsy means 'a gypsy, a wanderer'.

Gypsy has 13 forms that are used in English and foreign languages. English forms of the name include Gipsea, Gipsee, Gipsey, Gipsi, Gipsie, Gypsea, Gypsee, Gypsey, Gypsi, and Gypsie. Other English forms include the shortening Gyp, and the spelling variant Gipsy. The Spanish Gitana is a form of Gypsy that is used in foreign languages.

Gypsy is not often used as a baby girl name. It is not in the top 1000 names. 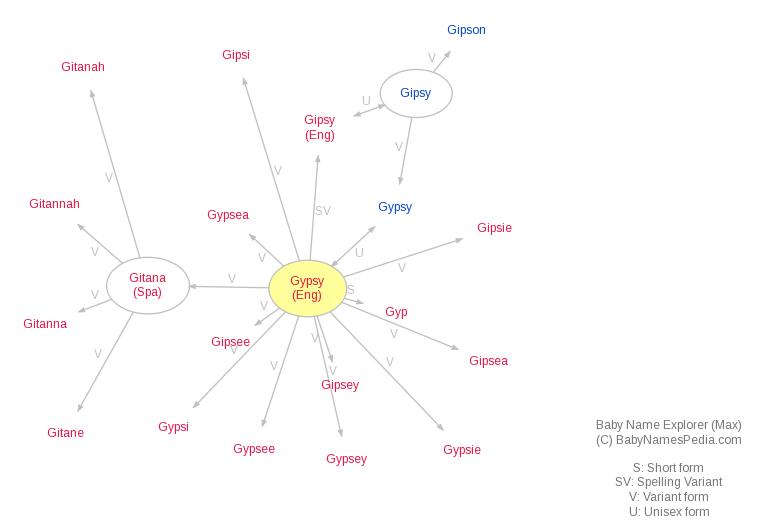