What does Hagar mean?

[ 2 syll. ha-gar, hag-ar ] The baby girl name Hagar is also used as a boy name. It is pronounced in English as HHEY-GaaR †. Hagar's language of origin is Hebrew. It is predominantly used in English and Hebrew. Biblical name: The name Hagar means 'flight; forsaken'. The name could also be of obscure Egyptian origin. In the Old Testament of the Bible, Hagar was the Egyptian maid of Sarah, the wife of Abraham. As Sarah was barren, she let Hagar bear a son, named Ishmael, by Abraham. Hagar was later driven away or forsaken by Sarah after the latter was able to conceive.

Another form of the name is the English spelling variant Haggar.

Hagar is an uncommon baby girl name. It is not in the top 1000 names. 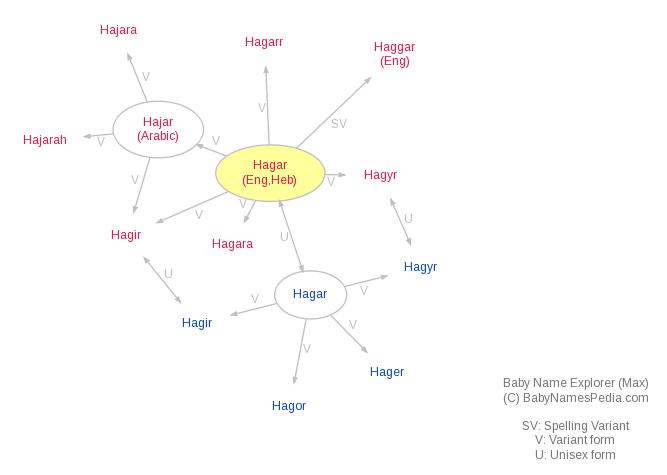