What does Haidee mean?

[ 2 syll. hai-dee, ha-id-ee ] The baby girl name Haidee is pronounced HHEY-Diy (English) †. Haidee's language of origin is Old Greek and Germanic, and it is predominantly used in English. From Old Greek roots, its meaning is 'to caress; modest, reverent'. The name is of obscure origin; it could be from Haido (Old Greek), of the meaning 'to caress', or it could be from the Greek adjective aidoios (meaning 'modest, reverent'). The name has been popularized by Lord Byron's epic poem Don Juan (1819-1824), in which Haidee is the love interest of the titular character.

In addition, Haidee is a spelling variant of Heidi (Dutch, English, Finnish, German, Scandinavian, and Spanish) in the English language.

Haidee is not widely used as a baby name for girls. It is not listed within the top 1000 names. In 2018, out of the group of girl names directly related to Haidee, Heidi was the most popular. 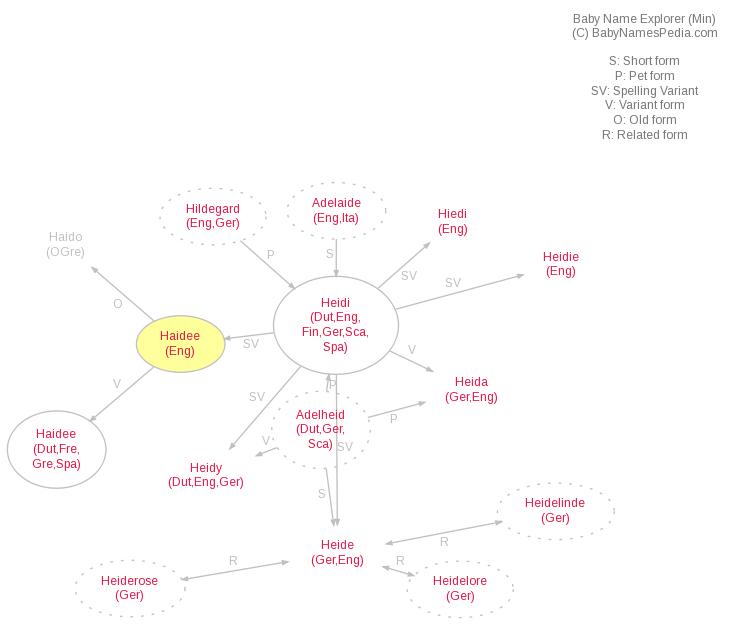