What does Haldor mean?

[ 2 syll. hal-dor, ha-ld-or ] The baby boy name Haldor is pronounced as HHaa-LDaoer †. Haldor is used predominantly in the Scandinavian language and it is derived from Old Norse origins. The meaning of the name is Thor's rock. It is a two-element name derived from the words 'hallr' + 'thor' which mean rock + thunder, thunder god respectively. Hallthorr (Old Norse) is an older form of Haldor.

Haldor is an unusual baby boy name. It is not listed in the top 1000. 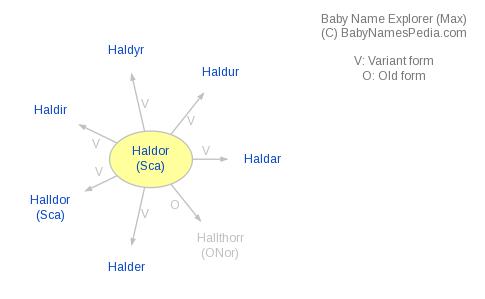