What does Halley mean?

[ 2 syll. hal-ley, ha-ll-ey ] The baby girl name Halley is also used as a boy name, though it is slightly more popular for girls. It is pronounced HHAEL-iy- †. Halley is of Old Greek and Germanic origin. It is used mainly in German.

Halley is a diminutive of the English Halcyon.

Halley is also a diminutive of the German Haralda.

Halley is uncommon as a baby girl name. At the modest height of its usage in 1986, 0.018% of baby girls were named Halley. It had a ranking of #580 then. The baby name has markedly dropped in popularity since then, and is used only on a very light scale today. Within all girl names in its family, Halley was nevertheless the most frequently used in 2018. Although Halley is somewhat used more commonly as a baby girl name today, there was a period from 1910 to 1910 that it was more popular with boys. After 1986, increasingly the name became more popular with baby girls than with boys. 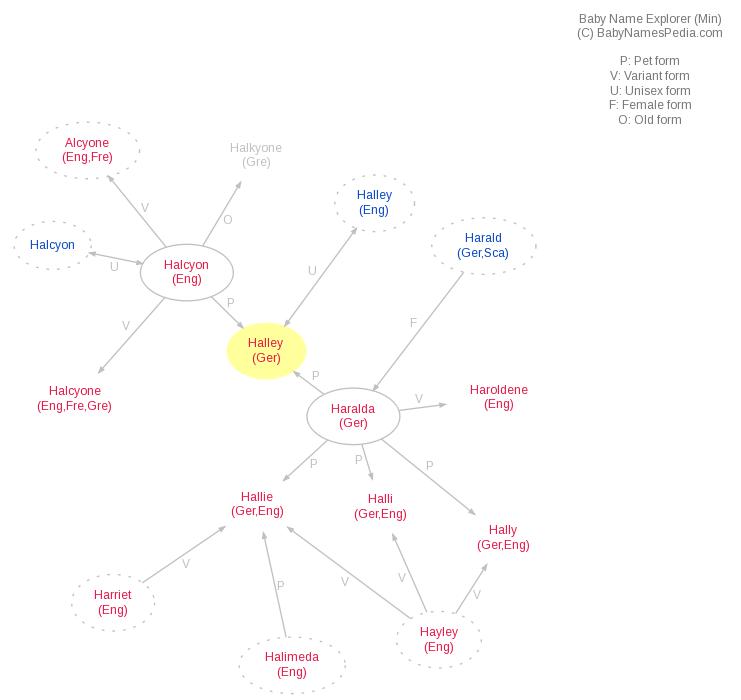