[ 2 syll. ha-lwel(l), hal-we-ll ] The baby boy name Halwell is pronounced HHAELWehL- †. Halwell's language of origin is English and Old English, and it is predominantly used in the English language. From Old English roots, its meaning is 'holy well'. The first name is derived from the surname, which is itself from various English places so named. The latter could be Halliwell in Lancashire, Halwell and Halwill in Devonshire, Holwell in Dorset and Oxfordshire, Holywell in Northumberland and Cambridgeshire, Holywell Bay in Cornwall, as well as Holywell in Clwyd, Wales. The ultimate root elements are the Old English halig and waell (meaning 'pool, stream, spring, well'). Various form of the surname have been recorded, including Halliwell, Helliwell, and Hollowell.

Halwell is a form of the name Halliwell.

Halwell is an unusual baby name for boys. It is ranked outside of the top 1000 names. 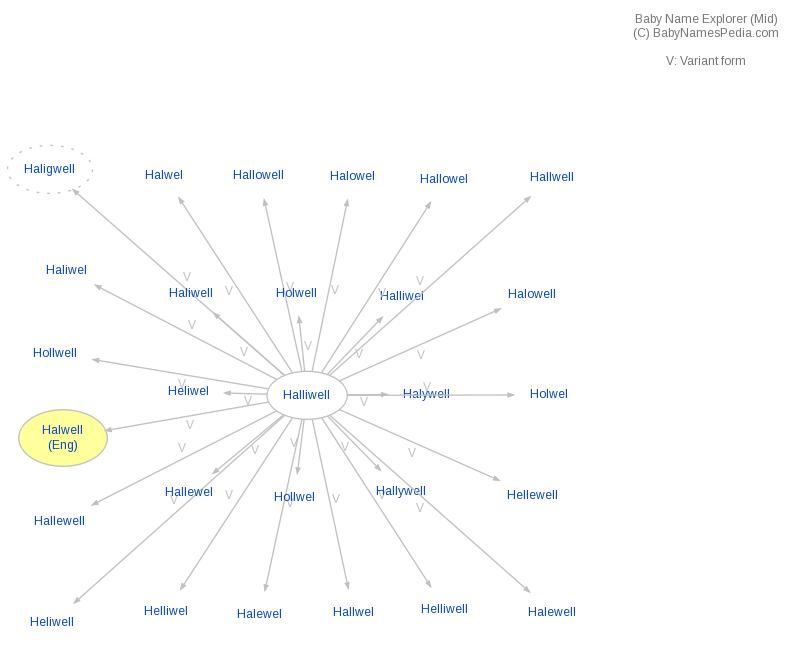