What does Hamlin mean?

[ 2 syll. ha-mlin, ham-l-in ] The baby boy name Hamlin is pronounced as HHAEMLihN †. Hamlin is used predominantly in English. Its origin is Old English and Old Franco-German. From Old English roots, its meaning is lover of home.

Hamlin is a variation of the name Hammet (English).

Hamlin is not commonly used as a baby boy name. It is not listed within the top 1000.

Baby names that sound like Hamlin include Hamblin, Hamlyn, Hamelyn, and Hanauhoulani. 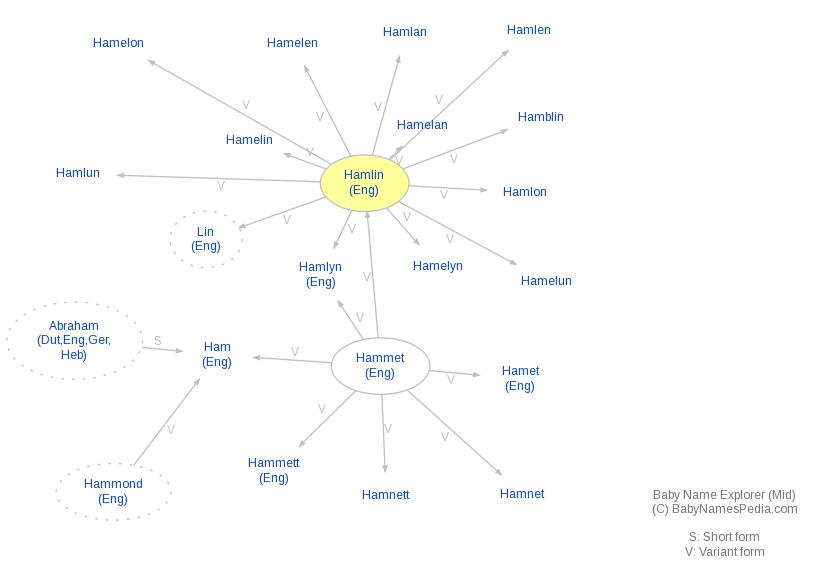