What does Hamza mean?

[ 2 syll. ham-za, ha-mza ] The baby boy name Hamza is pronounced as HHAEMZah †. Hamza's language of origin is Arabic, and it is predominantly used in Arabic and English. Hamza is of the meaning 'lion; strong, steadfast'. The name is of debated origin, possibly from the Arabic for 'lion' or else the element hamuza (meaning 'strong, steadfast'). It was borne by one Muhammad's uncles, an early Islamic convert renowned for his strength and bravery in battle. He was also known as 'The Lion of Allah'. 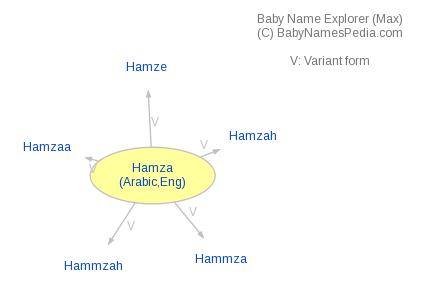