What does Han mean?

Han is used chiefly in the Chinese language and its origin is also Chinese. The name's meaning is Chinese (race); self-restraint; to contain. The meaning of the name depends on the intonation and Chinese character used.

Hann, Hanno, and Hano are variants of Han.

Han is used chiefly in the Vietnamese language and its origin is also Vietnamese. Here, the meaning is ocean.

The name Hai (Vietnamese) is a variant of Han.

Han is a contraction of the name Hanif (Arabic and English).

Han is also a contraction of the name Hanley (English).

Han is also a diminutive form of the name Johannes (Dutch, German, and Scandinavian) in the Dutch language.

Han is infrequently used as a baby name for boys. It is not listed in the top 1000 names. 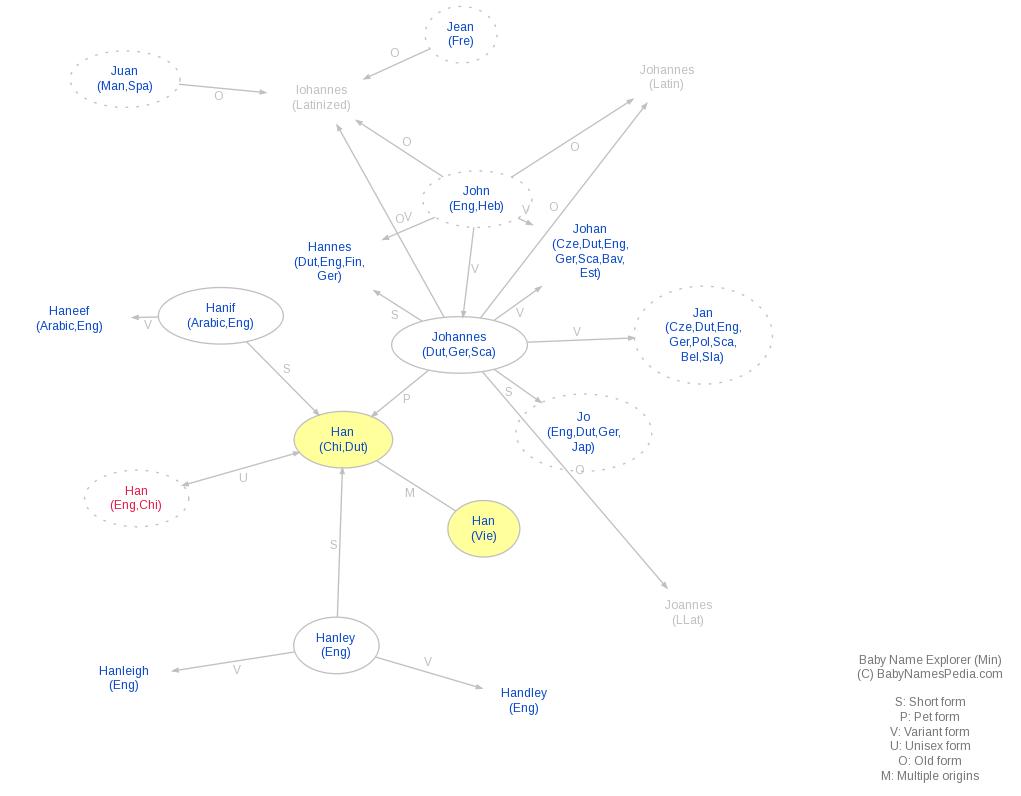