What does Hank mean?

[ 1 syll. han(k), ha-nk ] The baby boy name Hank is pronounced as HHaeNGK †. Hank is of Germanic and Hebrew origin. It is used mainly in English. The name first developed as a short form of Hankin (Middle English). Hankin was a diminutive of Han (Middle English), a medieval contraction of Jehan (Old French), the form of the name John that was introduced by the Normans into England. Since the 17th century, Hank has more often been taken as a diminutive of Henry especially in North America, possibly due to the Dutch diminutive Henk.

Hank is a diminutive of Henry (English).

Hank is also a diminutive (English) of John (English and Hebrew).

The origin and meaning of Hank is inherited by all variant forms. 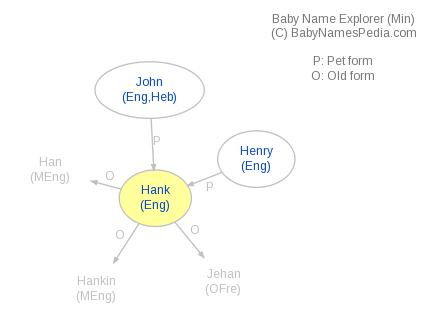