What does Harding mean?

[ 2 syll. har-din(g), ha-rdi-ng ] The baby boy name Harding is pronounced HHAARDih-NG †. Harding's origin is Germanic, and its use, English. It is derived from the word hart which means 'brave, hardy'. Hearding (Old English) is an older form of Harding.

Harding is an English variant transcription of Hardy (English and German).

Hardy (familiar form in English and German) is another variant of Harding.

Harding is an uncommon baby boy name. At the modest height of its usage in 1921, 0.021% of baby boys were given the name Harding. It was #394 in rank then. The baby name has seen a steep drop in popularity since then, and is of only very light use now. Within all boy names in its family, Harding was nonetheless the most frequently used in 2018.

Baby names that sound like Harding include Hardinge, Hardyng, Hardynge, and Hortensio. 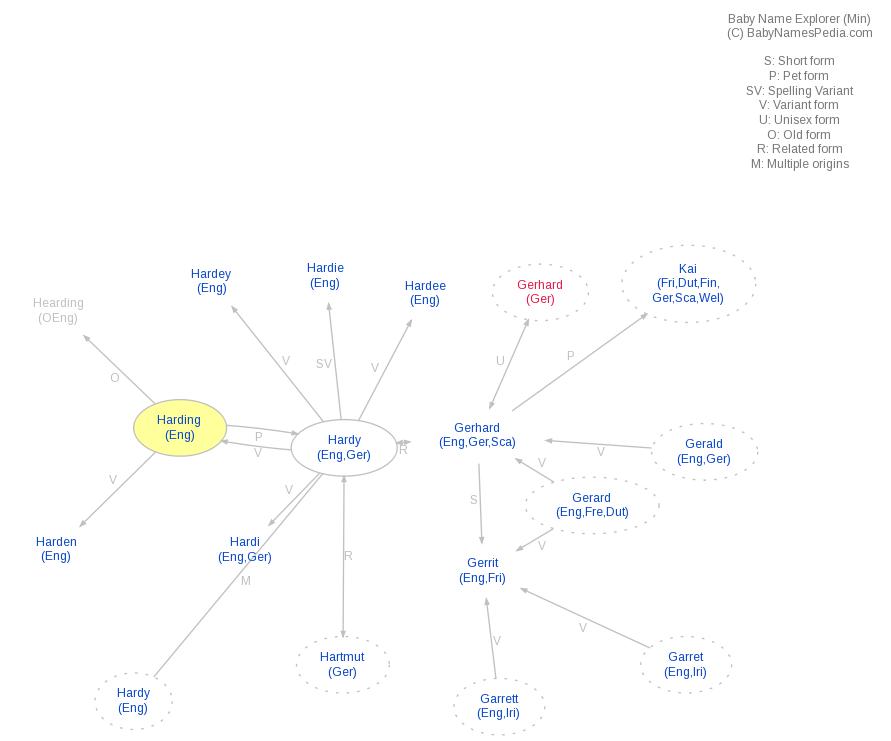