What does Hari mean?

[ 2 syll. ha-ri, har-i ] The baby boy name Hari is also used as a girl name. Its pronunciation is HHaa-Rih- or HHaa-Riy- †. Hari is used chiefly in the Indian language and it is derived from Sanskrit origins. It is derived literally from the word 'hari' meaning yellowish-brown, tawny; monkey. In Hindu mythology, this is also another name for Vishnu, regarded as one of the five primary forms of god. The name Harita (Indian) is the female form of Hari.

Hari is an infrequently used baby name for boys. It is not listed in the top 1000 names. 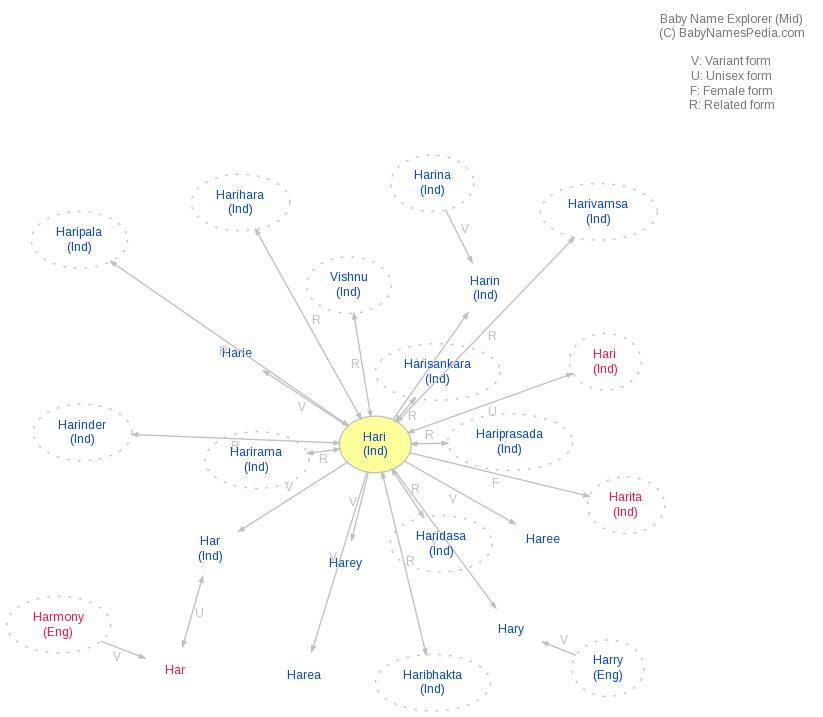