What does Harlan mean?

[ 2 syll. har-lan, ha-rl-an ] The baby boy name Harlan is sometimes used as a girl name. Its pronunciation is HHAARLaeN †. Harlan is used chiefly in the English language and it is derived from Germanic origins. The name is of the meaning from the army land.

Harlan is a classic favorite. At present it is still a somewhat popular baby name for boys, though to a lesser extent than it was before. At the modest peak of its usage in 1924, 0.044% of baby boys were given the name Harlan. Its ranking then was #252. The baby name has since steeply fallen in popularity, and it is used on a very light scale in recent years. In 2018, its usage was only 0.016% and its ranking #746, but it was nonetheless the most regularly used out of all boy names in its group. In the past century Harlan has predominantly been a baby boy name. 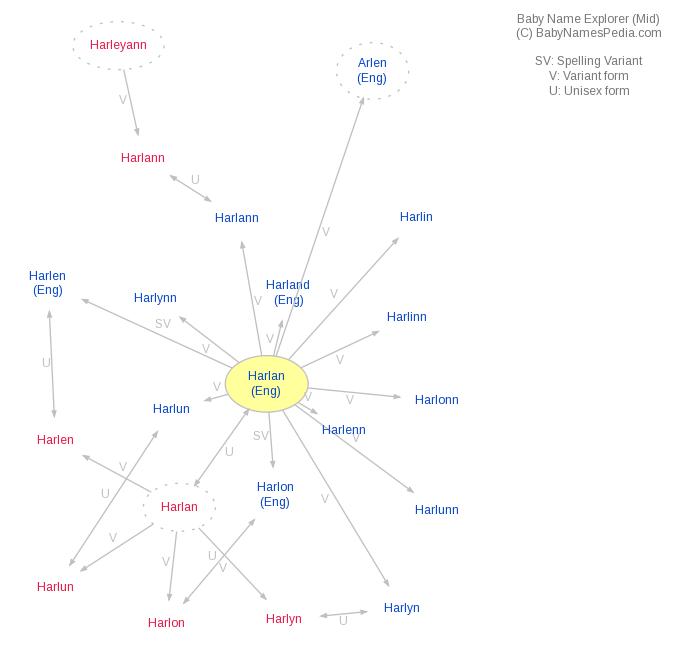