What does Harm mean?

[ 1 syll. har(m), ha-rm ] The baby boy name Harm is pronounced HHAARM †. Harm's language of origin is Germanic and it is used largely in the Dutch language. Harm is a contraction of Herman (English).

Harm is uncommon as a baby boy name. At the modest height of its usage in 1904, 0.006% of baby boys were given the name Harm. It was #839 in rank then. The baby name has seen a drop in popularity since then, and is of only irregular use now. Within all boy names in its family, Harm was nonetheless the most widely used in 2018. 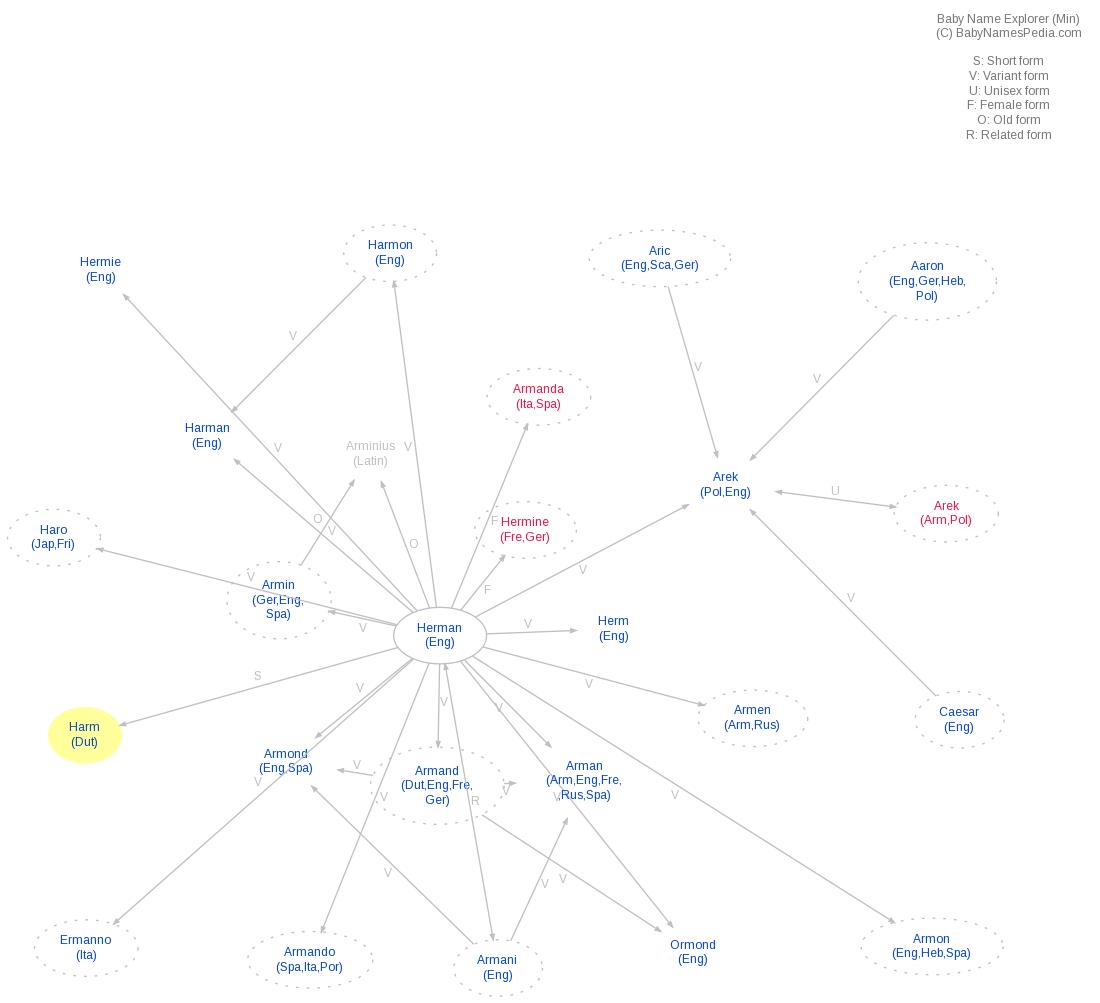