What does Harvey mean?

[ 2 syll. har-vey, ha-rv-ey ] The baby boy name Harvey is pronounced HHAARViy- †. Harvey is of Celtic origin and it is predominantly used in the English language. The name means 'battle worthy'. An original form of Harvey is Haerviu (Celtic). The first name is from the English surname, which is of a personal name formed from haer and vy. It was introduced to England after the Norman Conquest by Breton settlers in East Anglia. The name was borne by a 6th century Breton saint.

Harvey is an all-time favorite. Currently it is still a rather popular baby boy name, but not as much as it was before, and it is also considered rather trendy. At the modest peak of its usage in 1906, 0.244% of baby boys were given the name Harvey. It had a ranking of #72 then. The baby name has steeply fallen in popularity since then. In 2018, it ranked at #444 with a usage of 0.035%, having regained its popularity somewhat in the recent decade. Out of all boy names in its family, Harvey was the most regularly used. 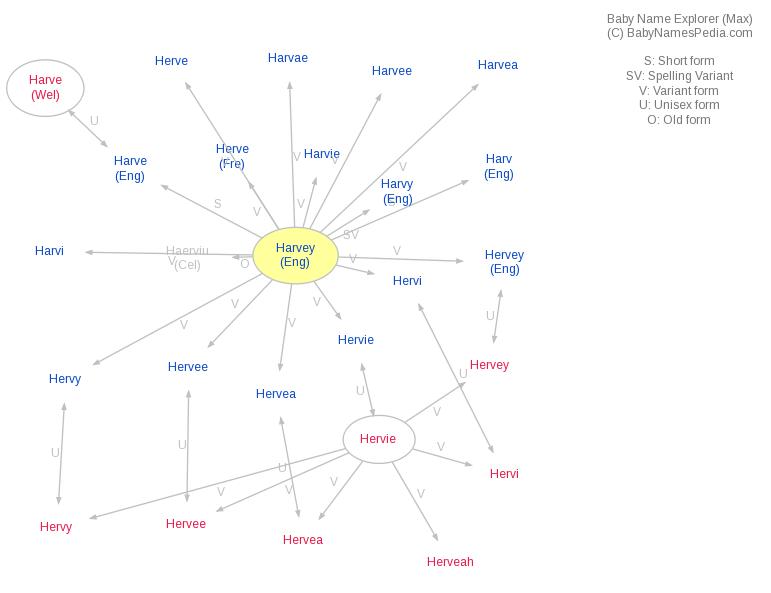