What does Haskel mean?

[ 2 syll. has-kel, ha-sk-el ] The baby boy name Haskel is pronounced as HHAEZKehL †. Haskel is of Hebrew origin. It is used mainly in Yiddish, English, and Hebrew. Biblical name: The name Haskel means 'wisdom'. The name is altered from Heskel by association with the medieval English surname Haskel, itself from the Old Norse personal name Áskell.

In addition, Haskel is a Yiddish variant transcription of Ezekiel (English).

Haskel is not commonly used as a baby boy name. It is not listed within the top 1000. Among the family of boy names directly related to Haskel, Ezekiel was the most frequently used in 2018. 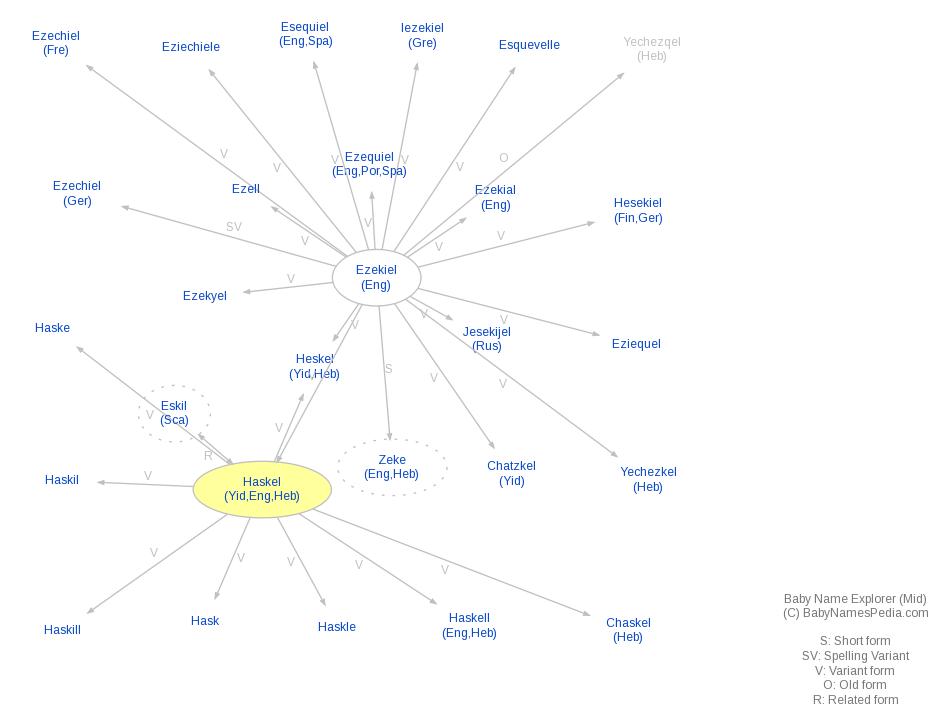