What does Hayley mean?

[ 2 syll. hay-ley, ha-yl-ey ] The baby girl name Hayley is pronounced as HHEY-Liy- †. Hayley is of Old English origin and it is used largely in the English language. The name is of the meaning 'hay clearing, hay meadow'. It is from heg meaning 'hay' ; leah 'wood, clearing, meadow'. The first name is derived from the surname, which is itself from a place name Hailey in Oxfordshire. The given name was first used in the 1960s, promoted by the popularity of the Academy Award-winning English actress Hayley Mills (1946-).

Hayley is fairly popular as a baby name for girls. The name jumped in popularity from the 1970s up to the 1990s; prior to that, it was of only irregular use. Its usage peaked modestly in 1996 with 0.134% of baby girls being given the name Hayley. Its ranking then was #120. The baby name has since experienced a decline in frequency. In 2018, it ranked at #633 with a usage of 0.025%. Among the group of girl names directly linked to Hayley, Hailey was the most frequently used. Its use outnumbered Hayley's by 7 times in 2018. 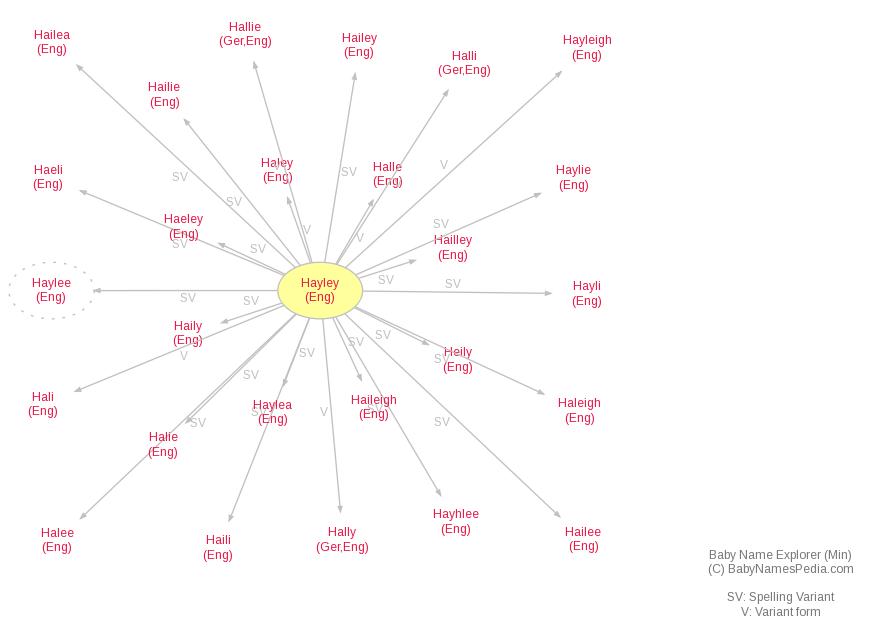