What does Hazel mean?

[ 2 syll. ha-zel, haz-el ] The baby girl name Hazel is also used as a boy name, though the use for girls is far more popular. It is pronounced as HHEY-ZehL- †. Hazel's language of origin is English and it is also predominantly used in English. Its meaning is derived literally from the common word hazel. The first name is often associcated or given to someone with eyes of a reddish-brown color, much like the nuts from the hazel tree. It was among the many flower and plant names coined and adopted in the late 19th century by English speakers.

Hazel is a very popular baby girl name, and it is also regarded as trendy. Its usage peaked in 1901 with 0.825% of baby girls being named Hazel. It had a ranking of #23 then. The baby name has steeply slipped in popularity since then. In 2018, it ranked at #42 with a usage of 0.266%, experiencing a small resurgence in the recent decade. Among all girl names in its family, Hazel was the most popular. In the last century Hazel has mainly been a baby girl name. There were 47 times more baby girls than boys who were named Hazel in 1940. 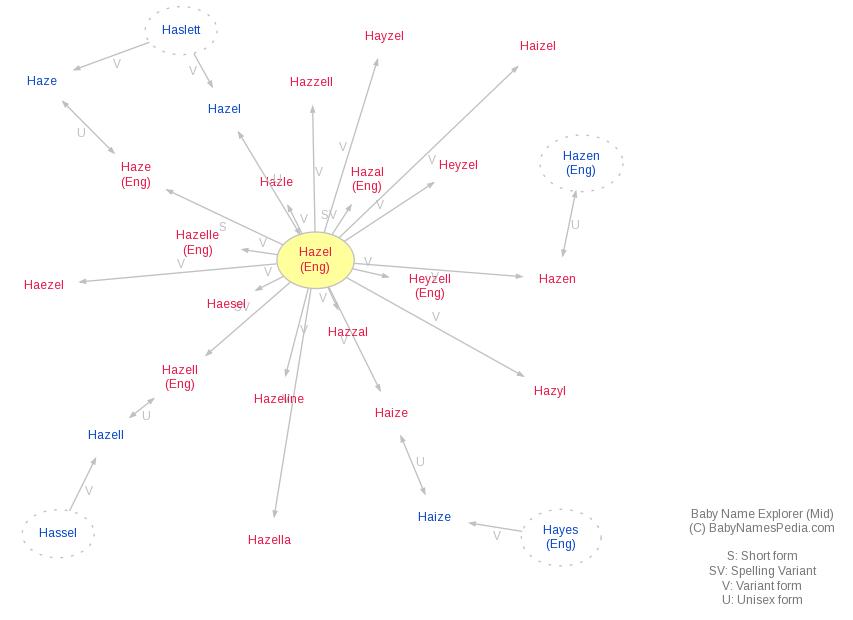