What does Heather mean?

[ 2 syll. hea-(t)her, he-ath-er ] The baby girl name Heather is pronounced HHEH-DH-er †. Heather's origin and use are both in the English language. Its meaning is derived literally from the vocabulary word heather. The first name is from the name of the small evergreen shrub, which is a National Flower of Norway; it is also affiliated with Scotland. The first name was adopted by English speakers in the 19th century, among other coined flower and plant names. The name was popular in Scotland where the plant is commonly found.

Another form of Heather is the English variant spelling Heathir.

Heather is rare as a baby girl name. At the peak of its usage in 1975, 1.558% of baby girls were given the name Heather. It had a ranking of #3 then. The baby name has markedly declined in popularity since then, and is used only on a very light scale today. Out of all girl names in its family, Heather was nonetheless the most regularly used in 2018. Heather has mainly been a girl name, although in the last century it has also been used for boys. There were 328 times more girls than boys who were named Heather in 1977. 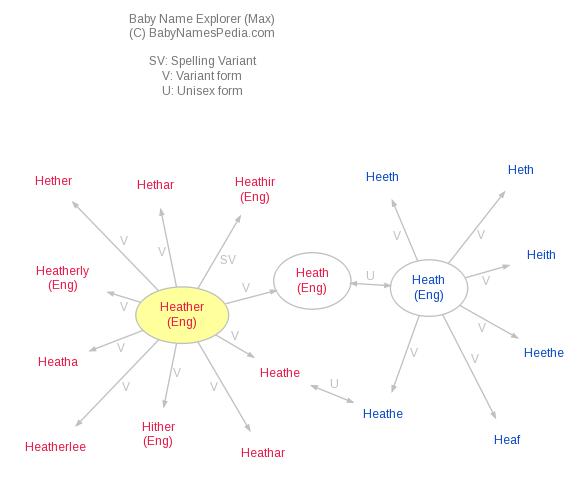