What does Hedda mean?

[ 1 syll. hed-da, he-dda ] The baby girl name Hedda is pronounced as HHT-aa- †. Hedda is used predominantly in the English, German, and Scandinavian languages, and its origin is Germanic. This is the name of the titular feminist heroine of Hedda Gabler (1890), a play written by the Norwegian dramatist Henrik Ibsen. The play has made the name well-known among English speakers, who subsequently adopted it in the 19th century.

The origin and thus the meaning of Hedda is inherited by all variant forms.

Hedda is unusual as a baby name for girls. It is not listed in the top 1000 names. 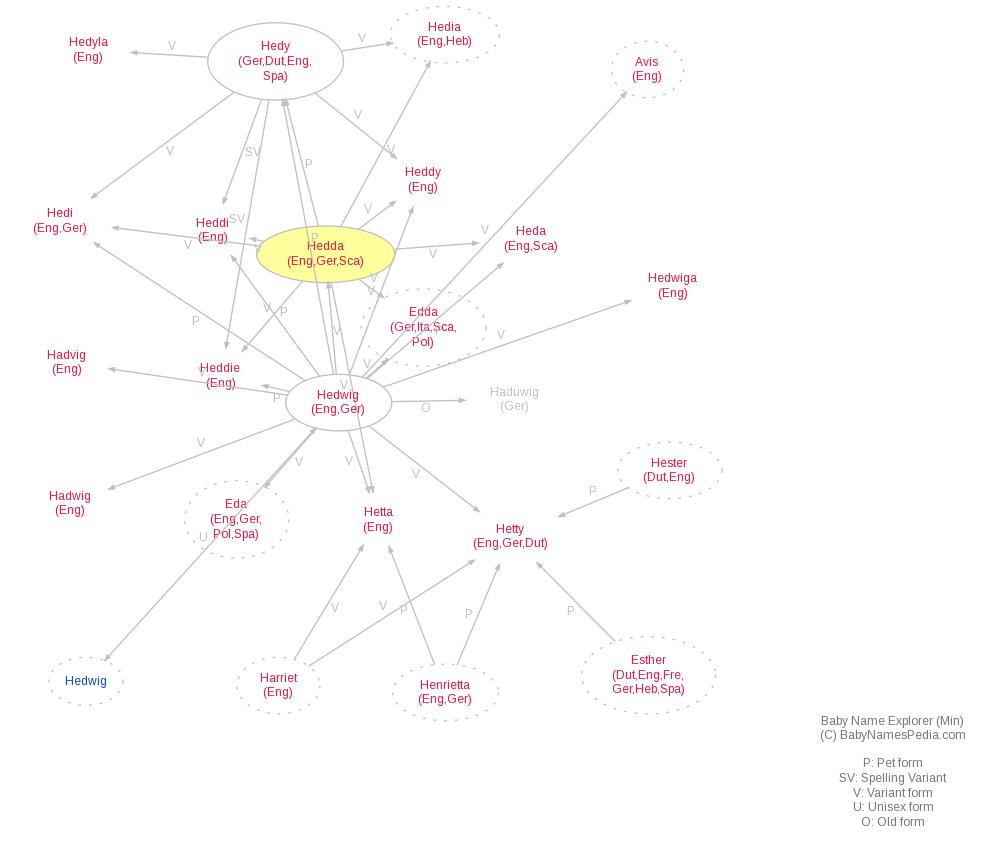