What does Hedy mean?

Hedy is a familiar form (German) of the name Hedda (English, German, and Scandinavian).

Hedy is also a familiar form (Dutch, English, and German) of the name Hedwig (English and German).

Hedy is unusual as a baby girl name. Its usage peaked modestly in 1941 with 0.008% of baby girls being given the name Hedy. It was #696 in rank then. The baby name has experienced a fall in popularity since then, and is currently of sporadic use. Among all girl names in its family, Hedy was nonetheless the most frequently used in 2018. 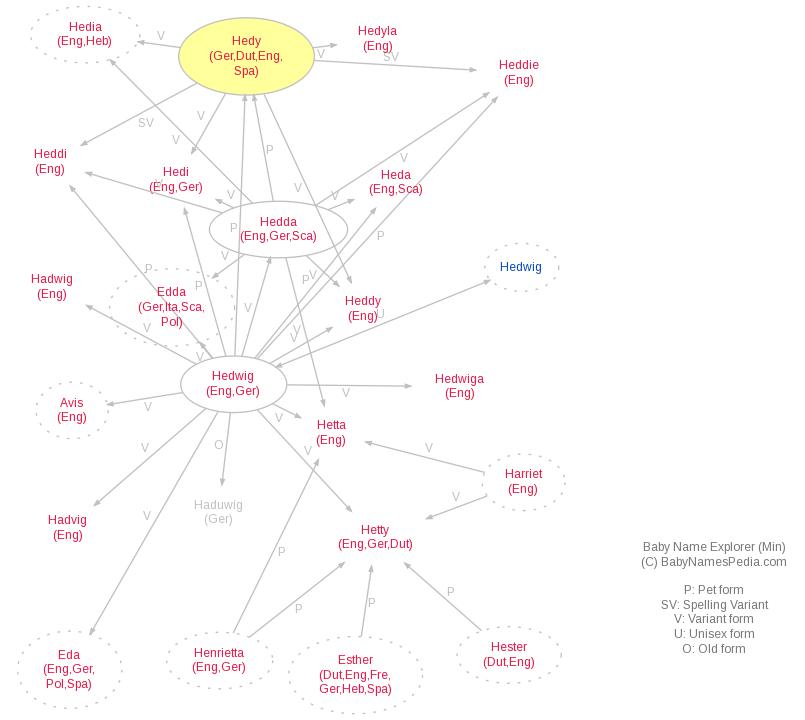