What does Helen mean?

[ 2 syll. he-len, hel-en ] The baby girl name Helen is pronounced as HHEHL-ahN (English) †. Helen is an English name of Old Greek origin. The name is of the meaning bright one, shining one. It is derived from the element 'helios' meaning sun. The name was borne in Greek mythology and in Homer's Iliad by the beautiful Helen of Troy, who was the daughter of Zeus; her capture by Paris the prince of Troy launched the decade-long Trojan war. The name was also borne in the 3rd century by Emperor Constantine's mother, known from the Latin form Helena. In literature, the name was borne by characters in the William Shakespeare plays Troilus and Cressida (1602) and Cymbeline (1609). The name was first used by English speakers in the 16th century.

What are the Variant Forms of Helen?

Helen is a classic favorite. Today it is still fairly popular as a baby name for girls, though it was in more widespread use before. At the peak of its usage in 1917, 3.048% of baby girls were given the name Helen. Its ranking then was #2. The baby name has since suffered a marked fall in popularity, and in recent years it is of occasional use. In 2018, its usage was only 0.040% and its ranking #413. Out of the group of girl names directly linked to Helen, Ella was the most commonly used. In 2018, its use outnumbered Helen's by 11 times. Helen has predominantly been a girl name, though in the past century it has also been used for boys. In 1941, 203 times as many girls than boys were given the name Helen. 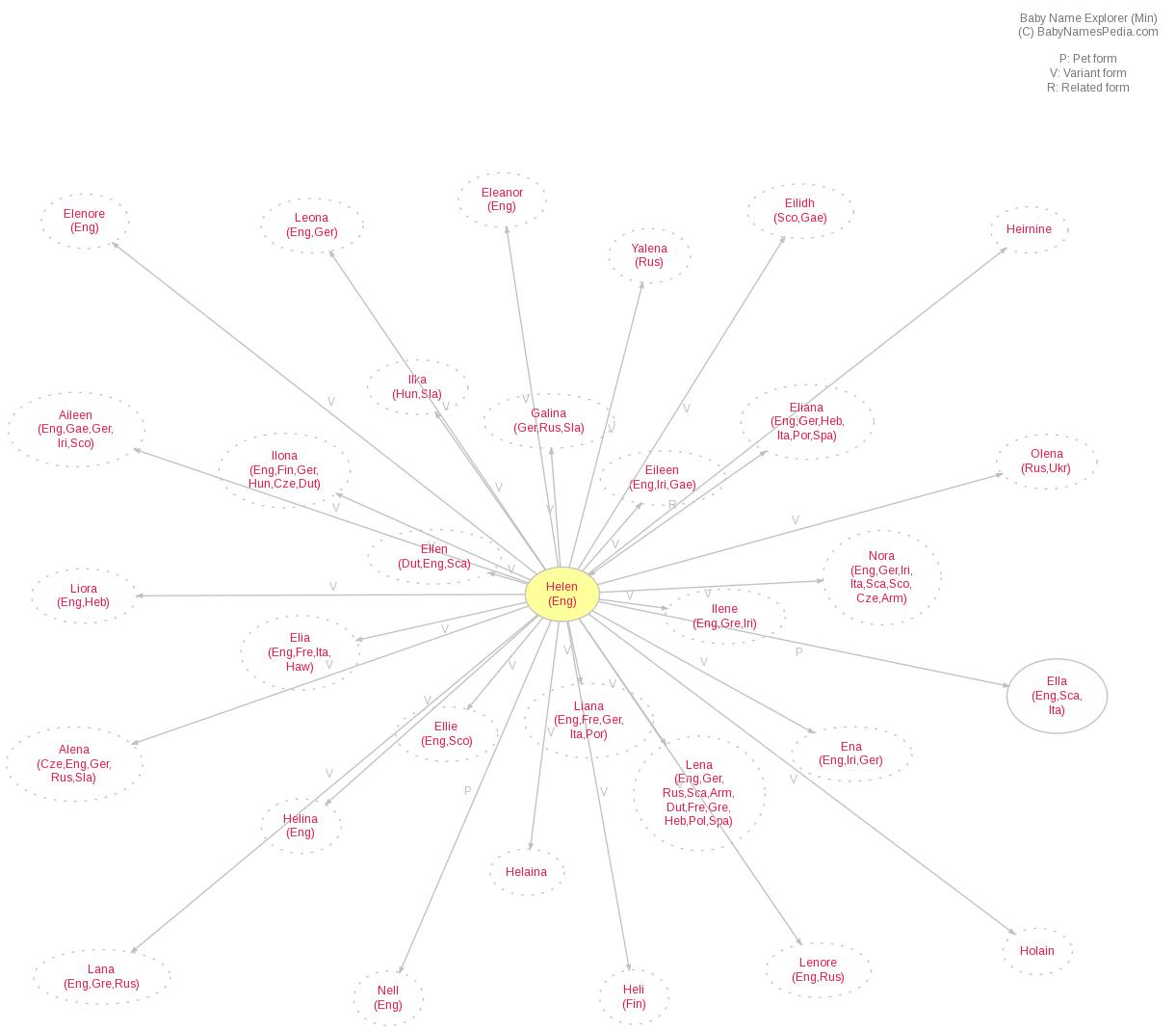