What does Helene mean?

[ 3 syll. he-le-ne, hel-ene ] The baby girl name Helene is pronounced as HHeh-LEH-Nah (German) †. Helene is largely used in French, German, Greek, and Scandinavian, and it is derived from Old Greek origins. Helene is a variant transcription of the name Helen (English).

Helene is a rare baby name for girls. At the modest peak of its usage in 1914, 0.068% of baby girls were named Helene. It ranked at #230 then. The baby name has since fallen from favor, and is now of infrequent use. In 2018, out of the group of girl names directly related to Helene, Lena was the most commonly used. 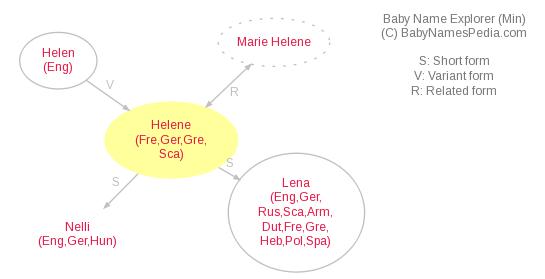